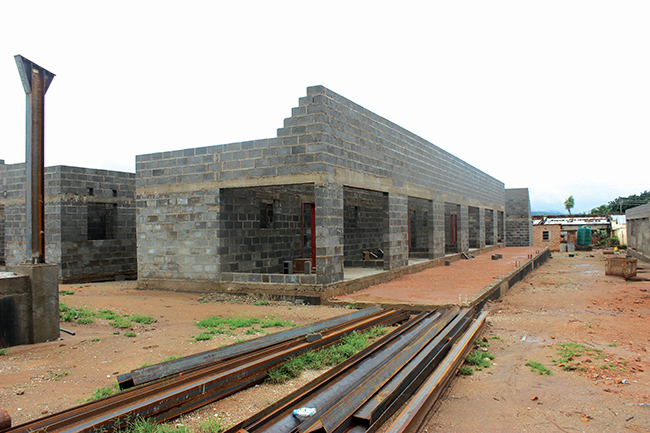 JIMMY CHIBUYE, Nalolo
GOVERNMENT says all the contracts which were recommended for termination in Nalolo district in Western Province because of underperformance will be implemented with immediate effect using other contractors.
Deputy Minister of Works and Supply Mutaba Mwali said the current contractors do not have the capacity to build various public infrastructure the government has assigned them to.
Dr Mwali said four out of the six contractors engaged to build various public offices and houses will have their contracts terminated for non performance and be replaced with serious ones.
The contractors who face the chop include Pro-consult which is making 10 medium cost houses and Southern African Engineering Limited building a district administration block.
The rest are Cyntech Systems Limited which has been contracted to build a post office and Atlas Global Limited which is building a police station with eight low cost and two medium-cost houses.
Dr Mwali said Luntex Construction Limited which is building the 20 low cost houses has been summoned to be officially served with a warning letter for underperformance.
He said this when he led a team of engineers from his ministry on an inspection tour of progress made on building several public offices and houses in the newly created Nalolo district on Tuesday.
â€œThe overall picture in Nalolo is very disappointing and depressing because contractors are not on site apart from very few. The only logical action to take now is to effect the termination of contracts for all non-performing contractors in Nalolo because they are not here on site,â€ he said.
Dr Mwali said the post office has been abandoned while there is little activity on the sites for the district administration block and the 10 medium cost houses projects.
He said the contractor building the police station and two medium cost and eight low cost houses for the police is claiming to be doing well when there is no significant progress on the site.
Dr Mwali said all the contracts which were recommended for termination in August will be effected because Government will not allow people to frustrate its efforts to develop the country.
â€œAlmost all of these contracts were recommended for termination in August and we are here in December, but none of the contractors are on site. So why should we withdraw the recommendation to terminate? The only logical thing is to conclude the process and terminate those contracts,â€ he said.
Dr Mwali said the situation in Nalolo is depressing.
He said the only contractor who is doing well despite running behind schedule is Divine Link Contractors which is building a civic centre and two high-cost houses.