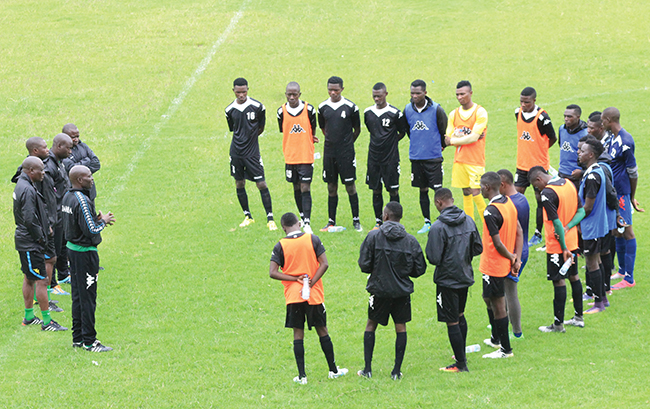 GAME ON!with BENEDICT TEMBO
WHEN the Football Association of Zambia (FAZ) announced plans to camp the under-20 national soccer team in Spain as part of the preparations for the upcoming Total Africa Cup of Nations, they were received with mixed feelings.
While most stakeholders have welcomed the idea as positive, because it will expose our squad to world-class facilities in Spain, critics, especially those who have chosen not to see anything good in the Andrew Kamanga-led executive, think otherwise.
Critics feel that the team should have been sent to a country with warmer temperatures similar to Zambia.
I was almost swayed by critics until former international Emmanuel Zulu, a beneficiary of European camping, poured water on those insinuating that it was a bad idea.
Zulu, a former member of the under-20 national team coached by Patrick Phiri, was in the first team that qualified for the 1999 World Youth Championship in Nigeria. He said they went to Belgium for two months before going to Nigeria two weeks before the tournament but performed wonders.
Nigeria was hot during the World Youth Cup but Phiriâ€™s boys put in their best in the group which had Brazil, Honduras and Spain.
They beat Honduras 4-3, drew 0-0 with Spain, which had the likes of Iker Casillas and Xavi Hernandez, but lost 5-1 to the young Brazilians led by Ronaldinho.
In Spain where Beston Chambeshiâ€™s Under-20 team will be training until February 7, 2017, they will play practice matches against Las Palmas U-20, Tenerife U-20, Real Madrid U-20 and Barcelona U-20.
The team returns to Lusaka on February 7 to continue with preparations ahead of the tournament which will be held in Lusaka and Ndola from February 26 to March 12.
The semi-finalists will qualify for the FIFA Under-20 World Cup next year in South Korea.
Playing high-profile teams is very good for the team before returning to Zambia to continue shaping up for Africaâ€™s premier youth soccer competition.
It will certainly motivate the lads to secure qualification for the FIFA Under-20 World Cup.
The players are undoubtedly happy and this is a morale booster to the boys to be given the privilege and luxury of camping in Europe.
Even Zambiaâ€™s Group A opponents Egypt, Guinea and Mali must be scared that the hosts are coming from Europe.
At certain stages of training, there is need for concentration away from the playersâ€™ relatives and friends.
The players deserved such an atmosphere to focus on the work at hand, and instead of criticising everything Kamanga does, give him and the team the benefit of the doubt.
What else would motivate players aspiring to play professional football in Europe than taking them to the home of the La Liga?
I am sure the lads are more than motivated to get closer to La Liga giants Real Madrid and Barcelona.
I hope that FAZ will expose more teams to such environments, especially the Under-17s and Under-15s to benefit from skills training.
I also hope that beyond sending the under-20 to Spain, arrangements have been made to attach youth coaches to the team so that they benefit from the technical expertise of the European country – the home of youth football.
When will NSCZ recognise outstanding personalities?
Despite being in the news for cracking the whip, it is about time the National Sports Council of Zambia (NSCZ) did something to recognise outstanding personalities in the field of sport through the staging of a national awards ceremony.
The last time such an event was held by NSCZ was at the start of the new millennium. Since then there has been nothing our gallant men and women have received in terms of appreciation.
All these years, had NSCZ been on track, it would have highlighted the year 2012 when the senior menâ€™s national football team won the Africa Cup in Gabon, with an awards ceremony glittering with Chipolopolo colours.
Equally, the world feats by female boxers Catherine and Esther Phiri should have been the main features at national awards ceremonies.
Others are sprinter Sydney Siame, who should have been sportsman-of-the- year when he won the 100m gold at the Beijing Youth Olympics.
NSCZ has merely been present when either the head of State or Minister of Sport has taken the step of honouring sports personalitiesâ€™ accomplishments, yet they do not seem to recognise that as a national sports policy implementation body, they too can add to the accolades received from higher offices.
It is not enough to be at the airport when a team or individuals arrive, but something tangible must be seen to come from the NSCZ board.
For comments: bt@daily-mail.co.zm, 0974-950753, 0955-750451