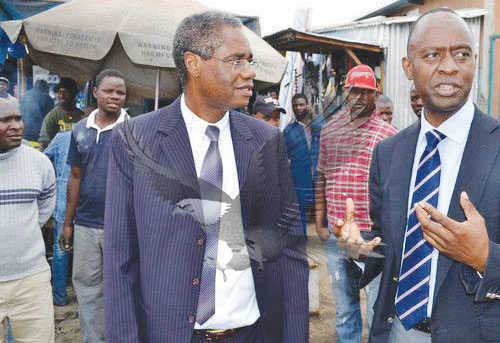 ALVIN CHIINGA, Lusaka
BWANA Mkubwa member of Parliament Emmanuel Chenda has described his trip to Uganda with President Lungu as economically and socially beneficial and successful.
Mr Chenda said in an interview that the Zambian delegation led by President Lungu was exposed to several economic breakthroughs that have been made by Uganda such as drug manufacturing and oil exploration.
â€œIt was a productive trip where the cordial relationship between the countries was revived after a period of over 11 years. This country can take advantage of the fact that Uganda has embarked on oil explorations,â€ he said.
President Lungu recently undertook a two-day state visit to Uganda at the invitation of that countryâ€™s President.
Mr Chenda, who is former Minister of Commerce, Trade and Industry, said it is important for heads of state to pay each other visits so that they are able to share ideas on various developmental programmes in their respective countries.
He said Ugandan President Yoweri Museveni, during the visit, urged Zambia to consider adding value to the copper being mined in the country.
Mr Chenda said Mr Museveni said Uganda can consider buying value- added copper products after Zambia has produced such products.
He said Zambia can also significantly benefit from Uganda once Government successfully manages to negotiate and start buying oil from that country.
Mr Chenda said the visit exposed the Zambian delegation even more when they toured anti-retro viral and malaria drugs manufacturing factories.
He said this helped the Zambian delegation to realise that Zambia could also implement such kind of ideas and cut on spending colossal amounts of money spent to import such drugs.