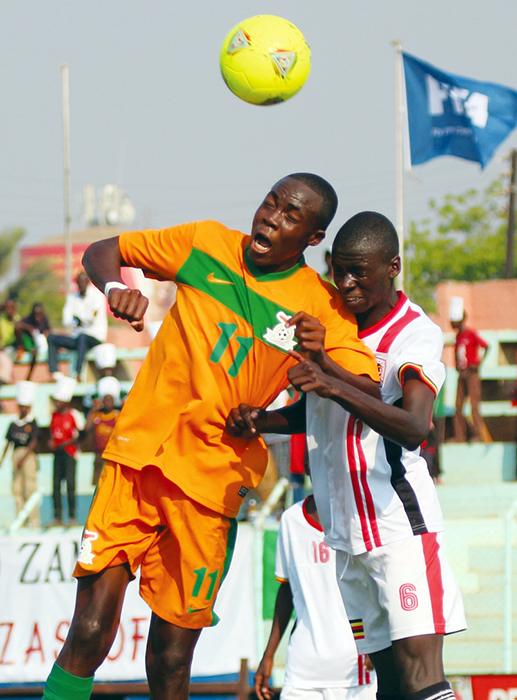 SOCCER REVIEW with STEPHEN PHIRI
THE decision by the Federation of Uganda Football Associations (FUFA) to protest over some of the Zambia Under-17 national soccer team playersâ€™ ages should raise concern.
Uganda coach Mathias Lule had an altercation with his Zambia opposite Chris Kaunda in the tunnel of Nkoloma Stadium last Friday at the end of the 2015 Niger Africa Junior Championship last round first leg the hosts won 2-0.
Why do I say it should raise concern?
This is the second time our opponents are complaining against our alleged use of over-aged players in this competition.
Botswana were the first to raise eyebrows after losing the first leg 0-1 in Lusaka.
The Tswanas, however, gave up the chase after being battered 5-0 in Gaborone.
Now, the Ugandans are in no mood to give up, hence taking the matter to the Confederation of African Football.
At first glance, Ugandaâ€™s action seems to emanate from sour grapes after losing to the junior Chipolopolo.
But on second thought, they may have a point if our football gurus have not done their homework in terms of truly determining our playersâ€™ correct dates of birth.
Part of the preliminary screening in establishing the playersâ€™ true age includes these players who are under-17 being in school.
Do they go to school? If so, which schools?
If they finished Grade 12, where and when?
Who do they live with?
According to FIFA rules, such players are minors and are therefore not entitled to:
1. Contracts
2. Should be kept by guardians in case they live away from biological parents
3. Are not on payroll.
Is it the case with our players?
It is the responsibility of clubs to ensure that our players meet basic international standards in terms of managing minors.
However, ours is a different scenario because we seem to be the only league in the world with several under-17s and under-20s plying in the topflight at a time when they are supposed to be at school and enjoying parental guidance.
Mind you, Zambia has been banned before for using over-age players.
Besides, even where there has been no evidence of over-age, the rate at which some of our star players retired prematurely when they are supposed to be at their prime of their careers has puzzled the country.
sphiri@daily-mail.co.zm, phiristeve4@gmail.com