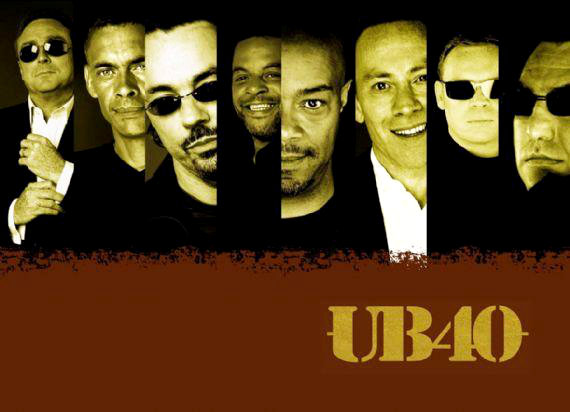 KELVIN KACHINGWE, Lusaka
YOU have to get the red wine ready! British reggae and pop band UB40, known for hits like Red Red Wine and Falling in Love With You, will headline the Stanbic Music Festival next month in Lusaka.
The platinum-selling band, with its original line-up of Ali Campbell, Astro and Mickey Virtue that enjoyed decades of success from 1979 to 2008, will lead an exciting set of local artistes that include JK, Wezi, Pompi, James Sakala, Afunika, Israel and the Cape Town-based Chingola-born violinist Caitlin for the October 7 â€“ 8 festival.
â€œIn line with the theme â€˜Move with the Rhythmâ€™, Stanbic Bank is holding a two-day festival featuring renowned multi-racial cross-over pop-reggae band UB40 known for their huge hits with multiple top 10 gold and platinum selling and Grammy nominations including four number oneâ€™s worldwide and a total of 70 million plus sales,â€ Stanbic Bank head of marketing and communications Perry Siame announced at a press briefing at their offices in Lusaka on Thursday.
â€œThis year, we have cast our nets wide to not only focus on jazz which is a specific genre of music, but to encompass the different music genres that appeal to our customers and patrons following a survey that was conducted after last yearâ€™s Stanbic Jazz Festival.
â€œAs a listening bank, we take time to understand our customerâ€™s needs and lifestyle, which is part of the reason we have hosted the Stanbic Jazz Festival over the last two years and have presented artistes of international repute such as Hugh Masekela, Oliver Mtukudzi, Mi Casa, Earl Klugh, Zonke and varied local artistes.â€
Siame says as part of the Standard Bank Group, which is a big sponsor of arts and culture across the African continent such as the Joy of Jazz in South Africa and other jazz festivals in Malawi and Ghana, Stanbic Bank Zambia is poised to continue positioning the Stanbic Music Festival which is now in its third year as part of the countryâ€™s tourist calendar.
At the same briefing, National Arts Council (NAC) director Adrian Chipindi said they are happy to partner with Stanbic to promote the arts through a festival such as the Stanbic Music Festival as it has now been dubbed.
Charges for the festival have been pegged at K1000 for VVIP, K750 for VIP and K500 for the standard. Tickets can be bought from Comp-Tickets, all Shoprite stores and all Stanbic Bank branches.