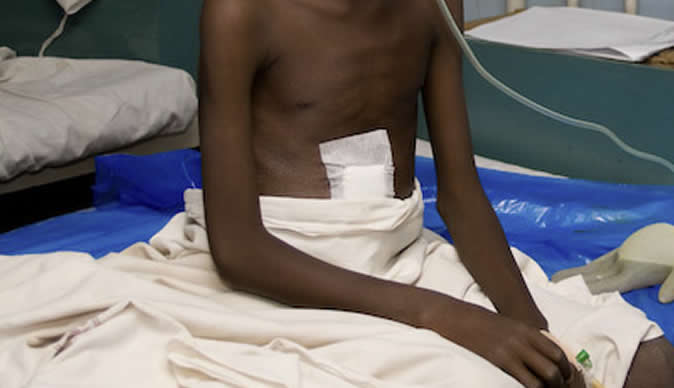 HILDAH MWAPE, Lusaka
THE outbreak of typhoid in Lusakaâ€™s sprawling Kanyama township has been brought into check as no new cases have been reported since early this month.
Ministry of Health Deputy Minister Chitalu Chilufya said in an interview in Lusaka yesterday that there has been no escalation in cases of typhoid from the initial 291 suspected cases that were recorded.
â€œThe ministry is happy to state that typhoid in Kanyama has been completely eradicated. People should no longer live in fear of contracting the disease. And as a ministry, we will not surrender in the quest to ensure that the disease is permanently wiped out,â€ Dr Chilufya said.
He said all the 291 people who were screened on suspicion that they had typhoid have been cleared and no death has been recorded after the death of a child when the disease broke out.
The 291 were discharged because they had no trace of typhoid infection.
The minister said residents of Kanyama should welcome the discharged people into the community because they have no symptoms of the disease.
And as a preventive measure, the Ministry of Health has intensified typhoid preventive measures through massive sensitisation campaigns to enlighten the public in the affected area to consume clean and safe water.
Typhoid is caused by consumption of contaminated food and drink.
Kanyama Clinic acting sister-in-charge Juliet Sheba confirmed in an interview yesterday that all patients who were under observation have been discharged.
Ms Sheba said, however, that the clinic received two new suspected cases of typhoid for screening yesterday.
She said the ministryâ€™s sensitisation programme is progressing well and the community members are turning up for screening in numbers as a mere preventive measure.
â€œThe two suspected cases are showing signs of typhoid though we are yet to confirm with laboratory results,â€ Ms Sheba said.
One child died, while four people tested positive to typhoid in Kanyama when the disease broke out early this month.
And a community member said schools in the area, which were shut down due to the outbreak of typhoid, must have opened though there has not been any official statement. About 20 schools were shut when the disease broke out.
â€œWe have seen children coming to the clinic to be tested in school uniforms,â€ said a community member, who was found at Kanyama Clinic.
Meanwhile, Dr Chilufya said the mass drug administration in places where people are at risk of developing elephantiasis will continue.
He named some of the selected areas as Kafue, Luangwa, Chilanga and selected districts on the Copperbelt Province.
Dr Chilufya said with the measures that have been put in place, it is clear that elephantiasis will be eradicated by 2020.