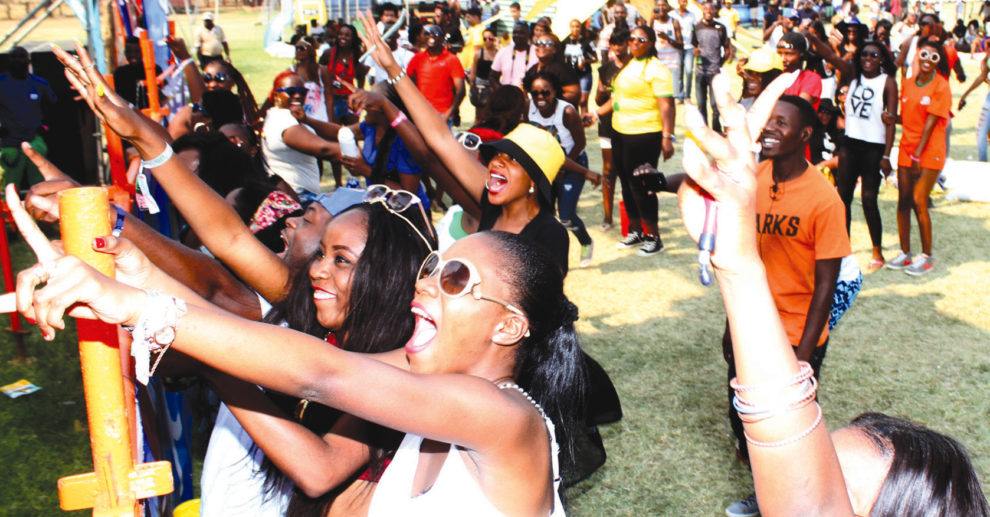 KELVIN KACHINGWE, Lusaka
THE City of Lusaka and its surrounding areas will in September and October play host to two if not three Oktoberfests, borrowed from the Munich

funfair which is close to two centuries old when Bavaria was elevated to a kingdom which led to a period of celebrations for the ruling house of the young kingdom.
To date, the Oktoberfest remains the traditional Munich funfair with Munich hospitality and Munich beer. According to the Oktoberfest operating regulations, only Munich beer from the efficient and proven traditional Munich breweries which meets the Munich purity standards of 1487 and the German purity standards of 1904 may be served.
But the spirit of the Oktoberfest has spread to other global cities.
As you would guess, Lusaka would not want to be left out. In fact, Lusaka seems overly obsessed with the Oktoberfest, which can be the only explanation why there are three beer festivals within a space of a month.
R&G are organising the sixth edition of the Oktoberfest on October 7 at Fringilla in Chisamba starting at 14:00 hours until late.
“Some big changes have occurred in the last year, which have caused some delays in finalising with our sponsors on the theme for this year, but now we can give you a snippet of what we have planned,” R&G announced on their Facebook page.
“Global giants ABinBEV have recently bought Castle Lite, our perennial major sponsor, and we thought what better way to welcome this change by bringing in beers from their different factories around the world!! So we’ve spoken to our bar partners and the challenge has been accepted!”
With that, the list so far includes (Castle Lite – South Africa – we need to Unlock Extra Cool moments), Mosi Lager (Zambia’s own thunderously refreshing beer), Zambezi (Zimbabwe local brew), Kiliminjaro (Tanzania – named after Africa’s highest mountain), 2M (Mozambique – Need some of that beach vibe!), Muluti Premium Lager (representing the Maluti mountains of Lesotho), Sibebe Premium Lager (Swazilands best and finest), Stella Artois (Belgium – ABinBEV global beer brand), Corona (Mexico – will need to stock up some lime with this beer!) and Flying Fish (South Africa – Come add some Flavor!).
That is for R&G.
PF Girl Media are also organising an Oktoberfest on September 16 at a venue yet to be confirmed.
“Oktoberfest is a German beer festival dating from the 1800s. Today, it has become a time when we celebrate with our family and friends and let our hair down for an epic party. This year, PR Girl Media has committed to bringing you the world’s most popular beers in an atmosphere that will make your inner German proud,” reads a statement by PR Girl Media.
“Save the date, 16th September 2017 – the first day of the Oktoberfest season.”
It is does not end there; Rock Fm is also organising what it calls the Rocktober, which this year is set for Munis Sports Club or what some call Queensmead Stadium.
“Lusaka’s biggest music and beer event is back with another fantastic line up of live acts. This year ‘Rocktober 17’ is a one-day event on the 30th of September and features the best of Zambian Music Artists and DJ’s,” their statement reads.
Well, the choice is for the revellers to make.