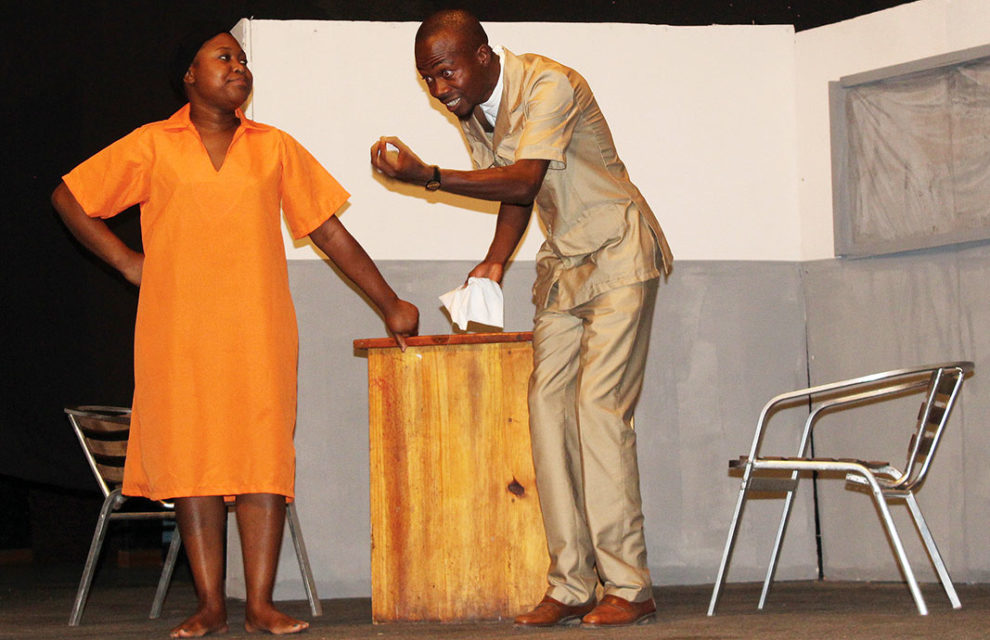 KELVIN KACHINGWE, Lusaka
THEATRE fans and enthusiasts in Lusaka were last week treated to two plays, both dealing with two figures that have played significant roles in the political histories of their respective countries although for one, public opinion is sharply divided.

The first play to go on stage was veteran actress and director Fredah Nkonde’s “Oliver Tambo in Exile” which was staged at the Government Complex last week Wednesday as part of activities by the South African High Commission in the country to celebrate 100 years since the birth of Tambo, who while Nelson Mandela was in prison, was like the head of an ANC government in exile going round the world making the case why apartheid should end.
He paid a considerable time here in Lusaka, which was the ANC headquarters at the time the organisation was banned.
The play featured Kelly Lufumpa acting as Zambia’s first President Kenneth Kaunda and Kelvin Kawana as Tambo.
But on Friday, attention had shifted to the Lusaka Playhouse where The Hub Theatre returned to the stage with the play “Lenshina: The Bloody Truth”, which is written by Suzyika Nyimbili and directed by Barrington Kupela Zulu.
As the title suggests, the play deals with the Lumpa Church, which Alice Lenshina founded and led before subsequently falling out with the United National Independence Party (UNIP) that was led by Kaunda.
A play on such a controversial figure as Lenshina (original name being Regina) is always going to divide public opinion, and at the end of the performance on Friday, you could hear some members of the audience expressing strong opinions in the foyer with what they thought were some misrepresentations in the play.
Both the writer and director must have expected this; the nature of the subject was always going to attract the other view.
One of those that sharply thought that there were some misrepresentations in the play is veteran journalist Zarina Geloo.
Perhaps, it would have been good to have had a public discussion immediately after the play.
But in his review, to be published in this newspaper tomorrow, theatre director and writer Nicholas Kawinga, brings out some interesting observations.
“Yes, the play managed to ignite debate and controversy, maybe it’s the angle of artistic expression picked by the writer that needed to shift to more vexing issues,” Kawinga writes. “Like, to the Church of Scotland, where Lenshina defected from after ‘meeting’ the Lord, in a near death state; the Catholic Church that enjoyed influence in that part of the country and indeed the obtaining politics, from UNIP and the Colonial government. That should have given a great deal of flesh to the play.
“Equally of note, say, in the Bemba cultural traditions, elderly women are the ones that speak with those in the spirit-realm and the gods. Maybe that was the reason Lenshina was easily accepted as being with the message from God.”
Whatever the case, it is good that historical subjects like Lenshina, whose story has been told only lopsidedly, are being revisited with a more inquisitive mind.

He’s returned as a Jonto
Alice Lenshina brought to life