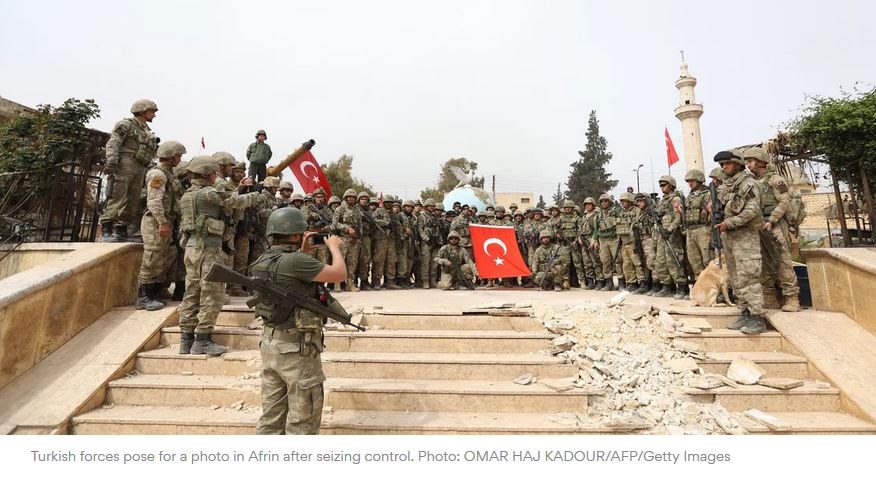 MWAPE MWENYA, Lusaka
AFTER the United States (US) pulled out its troops in war-torn Syria, Turkey launched a military operation in the north-eastern part of the country to create a “safe zone” there.
About 500 people have died since October 9, 2019, when Turkey launched the offensive operation, according to Syrian Observatory for Human Rights (SOHR), a United Kingdom monitoring group.
Turkish President Recep Tayyip Erdogan says his country will carry on with its military operation in northern Syria until its mission to create a “safe zone” is complete.
The BBC reports that Turkish troops and allied Syrian rebels launched an operation to clear a Kurdish militia from a border area two weeks ago, after US President Donald Trump announced that the US was pulling out its troops.
President Erdogan was quoted by Al Jazeera as saying, the offensive aims at removing the “Kurdish-led forces from the border area and create a “safe zone” to which millions of Syrian refugees who are in Turkey could be returned” CLICK TO READ MORE

A life of public service