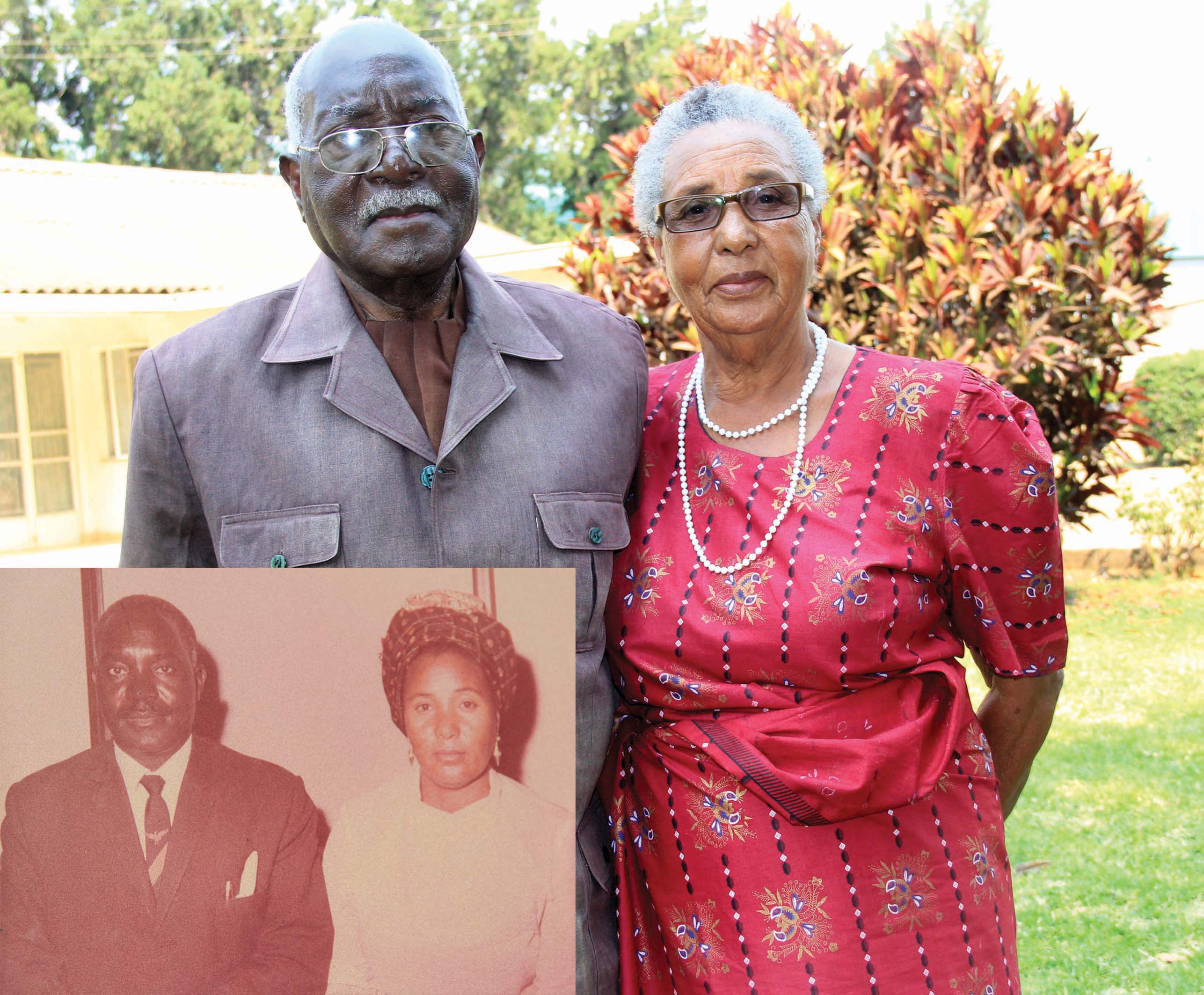 HOW WE MET with KAPALA CHISUNKA, LUSAKA
â€œFOR better for worse, for richer for poorer, in sickness and in health till death do us part.â€ Like many couples on their wedding day, these were the vows they made to each other before God and their families.
But unlike many couples, Grey Alexander Zulu and his wife Mary have remained true to the vows they made 54 years ago.
They grew up in an era where marriage was considered absolutely sacred and where a coupleâ€™s struggles were never broadcast publicly.
Although she seemed to be struggling to remember the events of how she met her husband, the soft-spoken Mrs Zulu, 75, with a smile, said she met Mr Zulu in Kabwe.
â€œI was a teacher in Kabwe when we met in 1959. My husband was a manager at Kabwe Co-operative Society. I could say it was love at first sight. We dated for one year before we finally decided to get married,â€ she said.
Without divulging much detail about their marriage, Mrs Zulu said in the olden days, both men and women had virtue and respect for themselves and their partners. This was especially so for the women. She said tradition played an important role in the up-bringing of both men and women.
She said promiscuity especially among women was a taboo and women were expected to carry themselves with an air of dignity and pride which was derived from their high moral standards.
Mrs Zulu said although there were some women who behaved contrary to societal norms during that time, many young women tried by all means to live so as not to embarrass their families and themselves if they wanted to get married into good homes.
â€œWhen we were courting up to the time we got married, things were extremely different to what is obtaining now. We were obedient and respected traditional norms and cultural beliefs. We respected ourselves and tried to uphold family names,â€ Mrs Zulu explained.
Additionally,Â  she shared that the family background of a person one was marrying was also important, therefore it was vital for women to behave in a certain way at all times especially in the manner they carried themselves and behaved around men.
Mrs Zulu, who described the 54 years of her marriage to Mr Zulu as a happy one, said the most important things that she has carried with her throughout the years she has been married are the values of discretion and submission to her husband at all times.
Together, the couple had eight children: four girls and four boys, although three of their male children have since died. They also have 23 grandchildren and 16 great grandchildren.
â€œIn the olden days, it was rare for women to broadcast their marital problems to their neighbours or families. We were taught endurance and tolerance. Whatever happened in the matrimonial bedroom had to remain in the bedroom and no matter what happened, we remained submissive to our husbands; we respected them,â€ she said.
She said husbands equally respected their wives.
Mrs Zulu said unfortunately education, hunger for equality, power and money have turned the institution of marriage upside down. She said the younger generation has violated the sacred institution and the vows they make to each other.
She said in the olden days, people respected and valued the institution of marriage because wives knew their place and husbands took sacred their responsibility as the providers of their homes.
â€œThat is not to say marriages then didnâ€™t have hiccups, they did, but we handled it better because we were trained well; we respected ourselves, our husbands and marriages and we respected counsel from our elders. This is not the case now,â€ she said.
In Mrs Zuluâ€™s view, women today are competing with men and want to behave like their husbands. They have no regard for tradition and culture in marriages. Couples want to do what they want in marriages.
Washing of dirty laundry in public, she said, has become a norm and when a woman argues or fights with her husband, the whole world will know about it before he even leaves their matrimonial bedroom.
And a habitually silent Mr Zulu kept his words terse but acknowledged his wifeâ€™s comparison of marriages in years past and marriages now.
He said that every coupleâ€™s experience was different and as a result it was difficult to give advice as each one must take their own paths.
It was, however, heartwarming to note that the Zulus after so many years of marriage still show open displays of affection towards each other; a rub of the hand here and gentle tapping of the lap there.