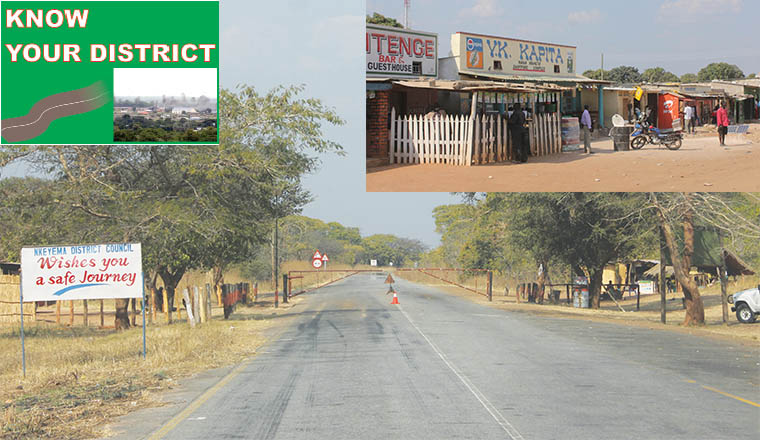 KELLY NJOMBO, Nkeyema
FOR many years, forests have seemingly remained unrecognised assets in addressing global challenges, attaining prosperity and safeguarding climate stability.
Several countries have joined hands to create platforms where they share ideas, experiences, challenges as well as solutions to help reduce deforestation, which is a major contributor to climate change.
Like many other countries, Zambia is equally negatively affected by climate change, the scenario which calls for serious interventions to safeguard the forests from depletion by promoting afforestation.
Currently, Zambia has one of the highest deforestation rates in Africa with an estimated loss of between 250,000 and 300,000 hectares of forests per year.
This high rate of deforestation has been taking place due to demand for land for various development activities.
Various stakeholders such as non-governmental organisations, the private sector and Government have come up with programmes to help reduce deforestation which greatly contributes to climate change, and one of such stakeholders is Japan Tobacco International (JTI).
In an effort to help reduce deforestation and mitigate the effects of climate change, JTI is working with about 3,000 tobacco growers. The organisation has engaged them to participate in a tree-planting exercise in Kaoma, Western Province.
JTI forestry supervisor Monckton Soko said like other regions of the country, Western Province has been losing substantial amounts of trees, a development which is of great concern because wood plays a critical role in tobacco farming.
Speaking during the launch of a tree-planting competition in Kaoma recently, Mr Soko said most farming communities in JTIâ€™s supply chain heavily rely on wood for building their homes, farms, making tools and cooking, and this depletes the forests.
â€œAll our 3,000 contracted tobacco growers in Kaoma and the surrounding areas are participating in this intervention. We are pleased to note that farmers are beginning to accept planting trees. As a direct response, we embarked on tree-planting with the main objective of ensuring self-sufficiency as regards firewood sourcing by our contracted tobacco growers,â€ Mr Soko said.
JTI has launched a tree-planting competition in Kaoma where five schools; Munkuye, Kalale, Nkeyema, Mawilo and Kakanda will take part in the race. After one year, the school which will have the highest number of surviving trees will win a mobile library equipped with various learning aids and reading materials.
JTI has so far distributed over two million tree seedlings in Kaoma and Nkeyema as a way of promoting afforestation in Western Province.
Nkeyema district commissioner Albertina Mwanamwalye said the current loadshedding which the country is facing is also contributing to the increase in tree-cutting and called for a halt to the destructive trend.
Ms Mwanamwalye said tree planting is an initiative which should be encouraged as it will help replenish the fast depleting natural resources, especially trees.
â€œThere is a lot of pressure on trees across the country in the wake of loadshedding, which has led to an increase in the demand for charcoal. We need to step up our collective effort to address this threat to trees and the environment. Zambia will be a desert in 10 yearsâ€™ time if we continue cutting down trees carelessly,â€ she said.
Ms Mwanamwalye said the country must continue to raise awareness on the need for an effective countrywide tree-planting programme.
She commended JTI for initiating different development projects in Western Province, which have created employment opportunities for the local people.
â€œJTI is changing the lives of our people in this region through its direct support to 3,000 contracted small-scale tobacco farmers. And I also want to thank the company for building schools and clinics here in Kaoma,â€ Ms Mwanamwalye said.
And Nkeyema district education board secretary Florence Hikaumba described the tree-planting competition as historical as it shall remain a constant reminder as to when the board and other partners took the step to teach the pupils about the importance of safeguarding the environment through tree-planting.
Ms Hikaumba said in a speech read on her behalf by education standards officer – general inspection Enges Mulebwente that the competition launched by JTI will raise awareness among pupils on the need to protect the environment.
She urged more schools to consider taking part in the tree-planting exercise to reduce deforestation and mitigate the effects of climate change.
ClimateÂ  changeÂ  isÂ  oneÂ  ofÂ  theÂ  mostÂ  seriousÂ  threatsÂ  toÂ  Zambiaâ€™sÂ  environment, agriculture,Â  humanÂ  health,Â  andÂ  itsÂ  overallÂ  socialÂ  andÂ  economicÂ  development.
Deforestation has greatly contributed to Zambia being one of the most vulnerable countries to the effects of climate change.
Agriculture, which contributes about 20 percent to Zambiaâ€™s gross domestic product (GDP) and caters for about 60 percent of the countryâ€™s total labour force, is one of the most threatened sectors by the devastating effects of climate change.
Zambiaâ€™s heavy dependence on rain-fed agriculture,Â  coupledÂ  withÂ  limitedÂ  technicalÂ  andÂ  financialÂ  resources,Â  potentiallyÂ  makesÂ  climateÂ  change oneÂ  ofÂ  theÂ  mostÂ  critical issuesÂ  affectingÂ  nationalÂ  development.

How to identify a human trafficker
Discover yourself