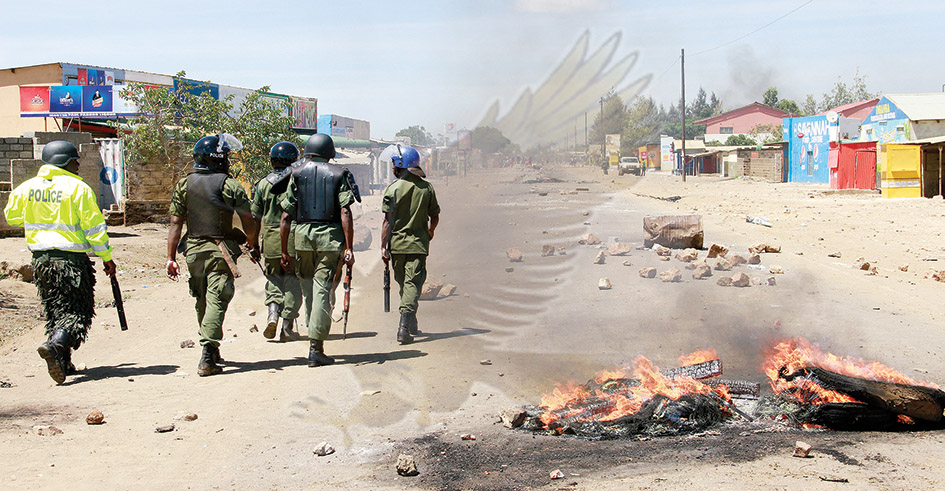 KELVIN CHONGO and CATHERINE MUMBA, Lusaka
POLICE in the company of defence forces yesterday lived up to their mandate and quelled a potentially large-scale riot in the sprawling township of Kanyama in Lusaka.

And 55 people were arrested in connection with the riots, which erupted in Kanyama after the Lusaka City Council closed an illegal market which had been established on Los Angeles Road.
Market traders, backed by some residents of the township, ran amok in protest against their removal from a mobile market set up near Total Filling Station.http://epaper.daily-mail.co.zm/