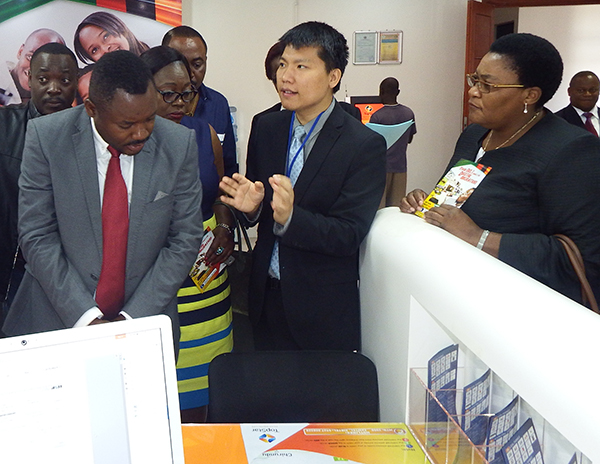 ARTHUR MWANSA, Lusaka
TOPSTAR Communications Company Limited chief executive officer Leo Liao has assured the parliamentary committee on information and broadcasting services that at least 98 percent of the companyâ€™s members of staff will be Zambians.
Mr Liao told the committee chaired by Mwansabombwe member of Parliament (MP) Rodgers Mwewa that Chinese experts are in the country to ensure the digital migration process is completed quickly and professionally.
He said TopStar is dedicated to providing affordable technology to the public which will see more households accessing high quality television entertainment.
MrÂ Liao said this yesterday when the committee visited TopStar head office in Lusaka to familiarise themselves with its operations and the roll-out of digital television signal across the country.
â€œIn terms of staffing, we would ensure that at least 98 percent of staff members are locals. Only two to three percent will be foreigners,â€ he said.
TopStar is a joint venture between Zambia National Broadcasting Corporation (ZNBC) and Chinese digital television provider StarTimes, which has started rolling out top set boxes for watching digital terrestrial television (DTT) countrywide.
He said TopStar has 15 local television stations available and 10 international stations.
TopStar director of sales and marketing Cliff Sichone said TopStar is targeting to have signal coverage across all 10 provincial centres by December this year.
The TopStar signal currently covers all cities along the line of rail.
And Mr Mwewa described the visit to TopStar as educative and that the onus is on all MPs to ensure they benefit from the digital television migration.
TopStar is a Zambian company that was registered in June 2016 as an authorised body to move the entire country from analogue to digital television reception.
StarTimes of China has a 60 percent shareholding while ZNBC holds 40 percent.
The committee was accompanied by Ministry of Information and Broadcasting Services (MIBS) permanent secretary Godfrey Malama, ZNBC director-general Richard Mwanza and MIBS director of planning Beaton Kaluba.