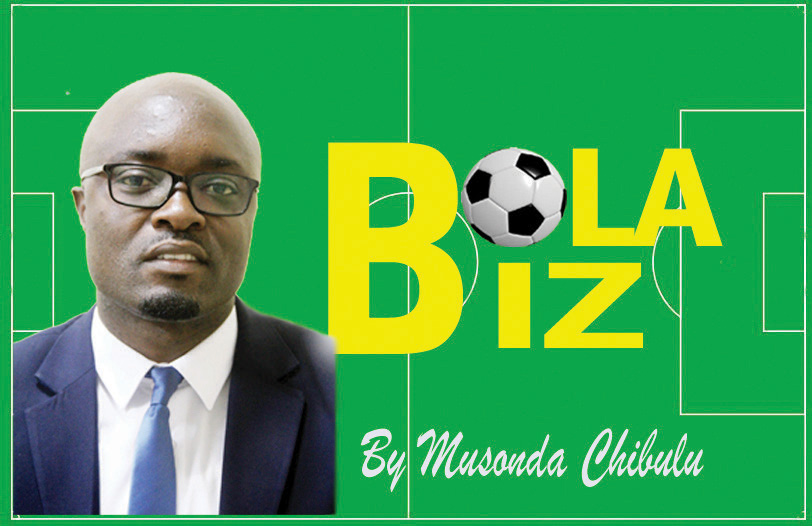 Bola Biz
IT WAS billed as the biggest match of the season.
Some called it the title decider. League leaders Zanaco hosting fourth-placed Zesco United at Sunset Stadium in Lusaka last Saturday was box-office football.
The sides are separated by 15 points. Zesco have five matches in hand and can join the Lusaka giants on top with victory in all of them.
In the build-up, goose bumps were all over. There were at least 15 Zambia internationals on display. And, of course, Zesco United had three foreign imports in Kenyan David Odhiambo, his compatriot Jesse Jackson Were and Congolese Idris Mbombo starting.
In Zambia internationals, Zanaco possessed Racha Kola, Fackson Kapumbu, Richard Kasonde, George Chilufya, Ziyo Tembo, Isaac Chansa and Rodrick Kabwe who are part of Wedson Nyirendaâ€™s Chipolopolo.
Zesco had Jacob Banda, Simon Silwimba, Kondwani Mtonga, Misheck Chaila, Mwelwa Mwape, John Chingâ€™andu, Cletus Chama and Jackson Mwanza.
This match, watched by Morocco boss Herve Renard and a capacity crowd, could pass as a training session for the national team.
Of course, prior to the match news filtered through that Nyirenda had made alterations to the local Chipolopolo squad.
Three Zesco players had been replaced in the squad that is preparing to face Cameroon in a World Cup qualifier on November 12.
Mwelwa, Chama and Mwanza were the casualties. One Zanaco man, Chansa, was a beneficiary.
The others are young Power Dynamos duo striker Patson Daka and midfielder Kelvin Mubanga. The more famous Ronald Kampamba, the Wadi Degla forward on loan at Nkana, was also handed a recall.
But back to the match. The quality in the display window was second to zero.
Mumamba Numbaâ€™s side are yet to lose at home this season. A loss for the Bankers would have opened the door for the Champions League semi-finalists.
Zescoâ€™s quadruple in hand is due to continental commitments which ended in a last four loss to eventual CAF Champions League champions Mamelodi Sundowns.
The matches in hand are merely birds in the forest. A win would have been one in hand for the Ndola behemoth.
As long as Zanaco match Zescoâ€™s results in six matches, the Bankers shall be crowned champions. This is because Zanaco have a huge plus 17 goal difference over their main title rivals.
So it was, unsurprisingly, a cagey drab affair. The first half produced none of the textbook football expected.
Kabwe had a long-range missile, off his favourite left foot, almost destroyed Bandaâ€™s bar. That was the closest Zanaco came to opening the scoring.
Then Zesco had the best chance of the day. Mtonga, a calming influence in the Zesco rear, played a glorious ball that found Were.
The Kenyan squared the ball to release his strike partner Mbombo. The Congolese took a heavy first touch that allowed Zanaco goalkeeper Toaster Nsabata to nick the ball off his feet.
The 21-year-old went tumbling in the box but Nsabata had made clean contact with the ball. It would have been criminal to see a penalty there.
Mbombo buried his head in his hands in shame.
At the conclusion of the half, Were was consoling and counselling Mbombo in a continental chat.
That was that.
The second stanza nearly soothed me to sleep.
Nothing of note deserving of space or mention on this page happened. Zanaco looked the busier but barren in front of goal. Zesco were content to soak the pressure and break on the counter.
The national team players failed to light up the scene. A game of this magnitude must manufacture net busting moments. Not â€œOoohsâ€ or â€œAaasâ€ as witnessed at Sunset Stadium.
It was no rocket science that the best player on the park was defender David Odhiambo.
He was named the official man of the match. Odhiambo, like I stated last week, has been absolutely outstanding for Zesco on the local front. And here, he put all the Zambia defenders on the pitch in the shade.
In the end, this was a title decider that never was.
That it ended goalless was testament of the fact that the two sides have the meanest defences in the league. Zesco have conceded the least goals so far, 10. Zanaco is second with 14 leaked in 28 matches.
Zanaco still hold the aces in the title race.
A quick glance at the run-in shows that Zanaco have a huge advantage. The Bankers travel outside Lusaka once to relegated Mufulira Blackpool in their last six fixtures.
Zesco still have to tackle record league kings Nkana, who are yet to throw in the proverbial white towel in the title hunt, and â€˜woundedâ€™ Green Buffaloes, among others.
As it was, the draw at Sunset Stadium suited the hosts more.

Tagsdecider that never was title