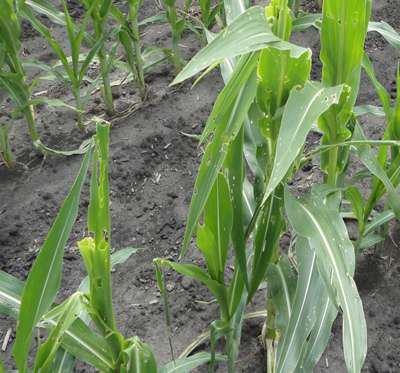 THAT Zambia has maize to talk about this year is a pleasant surprise given the challenges that the farming community, especially the peasants, faced in the 2017-2018 season.Zambia experienced a lengthy dry spell which has caused famine in some parts of the country which now require the intervention of the Disaster Management and Mitigation Unit (DMMU) by delivering relief food.
Apart from the dry spell, other factors for the poor yield include the late distribution of farming inputs as well the devastating fall armyworms, which attacked crops in some parts of the country.
Some farmers were receiving fertiliser as late as March this year, instead of at least October of last year.
The late delivery of farming inputs was further worsened by teething challenges in the implementation of the e-Farmer Input Support Programme (e-FISP) voucher, which caused uncertainties among some farmers because of skills limitations in information and communication technologies.
Although the e-voucher helped to rid the FISP of ghost farmers, thus saving Government millions of Kwacha, there were huge delays in the eligible farmers accessing inputs through the system.
These three factors contributed to the low yields. Production of some agro crops reportedly dropped by an average of 30 percent.
The country recorded 3,606,549 metric tonnes of maize production in the 2016–2017 farming season. Due to the reduction of about 33.6 percent, the 2017-2018 produce stands at 2,394,907 metric tonnes.
The produce is more than Zambia’s needs, but given the growing demand for maize in other parts of the continent, and possibly beyond, the country could have benefited more from a higher yield through exports.
As it were, an export ban inhibited farmers from selling their crops such as maize for high prices. This limited their ability to invest more in production.
Overcoming these challenges this year would require that most, if not all, farmers get inputs on time by making sure that the e-voucher system is robust, effective and efficient.
Government and all well-meaning Zambians should also be on guard against some people who could be working on frustrating the e-voucher system. There are some who illegally benefitted from the direct supply of the inputs, through ghost farmers, and would want to unplug the sealed loophole. This should not be allowed.
Apart from the early distribution of inputs, there is also need to increase the window for deposits for those under FISP.
Allowing farmers to export some of their maize produce will certainly motivate them as they will make a profit and re-invest in maize production.
The farmers could also be encouraged to implement value-addition plans. For instance, instead of exporting the grain, they should be motivated to produce mealie meal and other by products such as cornflakes and feed for livestock.
With the Food Reserve Agency buying about 500,000 metric tonnes of maize for strategic reserves, it is evident that not all grain should be exported. It would be folly to export most of the staple food and then start re-importing at higher prices.
To enhance productivity, FRA should be funded in good time so that it in turn pays farmers on time for them to start planning for the forthcoming season.
It is good that the private sector is playing its part fairly well. Some millers and producers of feed for animals are said to not only offer better prices for the crops, especially maize, but are also paying the farmers within a couple of days.
The Ministry of Agriculture should ensure that all disease-prone districts have adequate and appropriate chemicals to fight armyworms and other pests. Distribution must be done early.
There is also need for vigorous sensitisation on the various measures being taken to improve the agriculture sector. Farmers must be fully aware of what is being done and what is expected of them.
Knowledge is another key input in productivity. Farmers, especially the emerging ones, ought to know how best to maximise the use of the inputs. Extension field officers are therefore expected to spend most of their time in the field, not in offices.
Government has invested more in these key players in agriculture production. The fruits of this investment must be reflected in the expected bumper harvests of the various crops.
Time to get ready is now.