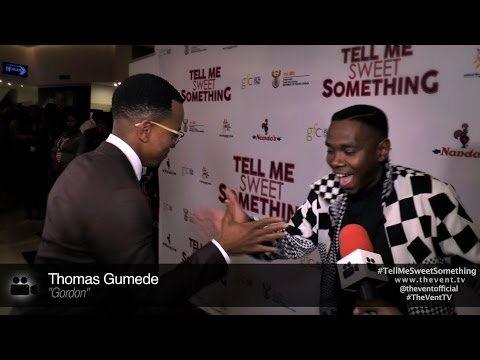 KELVIN KACHINGWE, Lagos
IT WAS only meant as a joke, but South African comedian Thomas Gumede subtly hit out at the Academy Awards, which Chris Rock joked are the White Peopleâ€™s Choice Awards, when he performed at the fourth Africa Magic Viewersâ€™ Choice Awards (AMVCAs) at the sprawling Eko Hotel and Suites at Victoria Island in Lagos, Nigeria, last Saturday.
When he appeared on stage, he asked how many whites were in the house. Not knowing what was to come, a few raised their hands. And they were indeed only a few in the house.
And then, he retorted: â€œThis is how we [blacks] also feel at the Oscars.â€
The Academy of Motion Picture Arts and Sciences or the Oscarâ€™s, as they are commonly known, have been criticised for their lack of diversity. The academyâ€™s members have collectively failed to nominate black performers and artistes in major categories.
Well, it is not that the AMVCAs themselves are without any blame; many industry players complain about the dominance of Nollywood (Nigerian film industry) at the awards.
It is a theme Africa Magic and MultiChoice executives had difficulties explaining at the post-press conference of the AMVCAs as journalists from across the continent kept referring to it one after the other.
On the same night, Uganda comedian Salvador brought something different to the Nigeria-dominated awards.
When he appeared on stage, and got a somewhat muted response from the audience, he went backstage and told the audience that he has to be re-introduced so that he can get a louder applause as he was a big star.
It was meant as a joke, but he did garner the applause that he sought when he reappeared after being introduced by host I.K Osakioduwa who was co-hosting with South Africaâ€™s Minnie Dhlamini.
If he was unknown to the audience, he will be very well-known now to many outside the awards venue as his jokes left the audience in stitches.
There were other performances by musicians Flavour, Yemi Alade and Zonke.
The South African soul singer, Zonke, is an award-winning artiste, yet, at the AMVCAs, it looked like she was performing before a foreign audience.
Flavour and Yemi Alade, who were complemented by backup dancers, were truly at home.
Other winners of the AMVCAs are Best Writer (Ayanda â€“ Trish Malone); Best Costume (Dry â€“ Uche Nancy); Best Makeup (Ayanda â€“ Louiza Carole); Best Lighting (Common Man â€“ Stanley Ohikhuare) and Best Director (Tell Me Sweet Something â€“ Akin Omotosho).
Others were Best Picture Editor (Rebecca â€“ Shirley Frimpong-Manso); Best Documentary (Faaji Agba â€“ Remi Vaughan-Richards); and Best Art Director (The Refugees â€“ Frank Raja Arase).
Others are Best Cinematographer (Tell Me Sweet Something â€“ Paul Michaelson) and Best Television Series (Ariyike Oladipo).
The rest were Best Actor in a Drama (Daniel K. Daniel); Best Actress in a Comedy (Funke Akindele), Best Actress in a Drama (Adesua Etomi); Best Movie â€“ Southern Africa (Joyce Mhango Chevula); Best Supporting Actor (Sambassa Nzeribe) and Best Supporting Actor (Tunbosun Aiyedihin).