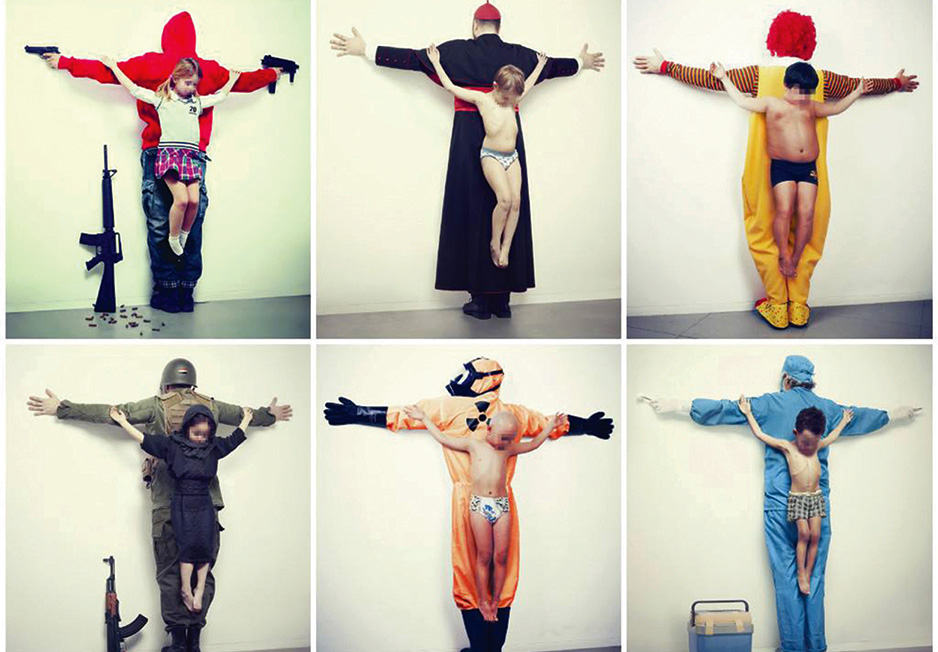 Art Yak with CHANDA MWENYA
THIS week, I run a reaction from art historian and critic Andrew Mulenga to the article titled “Zambia artists ponder on ‘The Untouchable”.
Andrew writes: “Allow me the space to comment on ‘Zambian artists ponder on The Untouchables.
I agree with you that the artwork by the Cuban artist Erik Ravelo, which comprises a set of photographs of crucified children to draw attention to the predicament of vulnerable infants around the world, sparked intense debate after you shared it in the Zambian Contemporary Art WhatsApp group.
“It should be noted also that images of the same work were pulled down from Facebook in 2013 and when the Huffington Post reached out to Facebook for a comment, they received no response.
Therefore, it can be safely said that the work was not only considered offensive to some Zambian artists but it garnered similar reactions across the globe.
“What incensed a few of the artists on the WhatsApp group was the use of the crucifix, one of them even calling the work blasphemous, which is understood as many Zambians – in this nation declared Christian — regard the cross as a Christian symbol that is not to be toyed around with. Well to question how sacred, the cross is or how we all agreed to its godliness, is to open a Pandora’s Box and is perhaps an argument that would require involvement of the clergy.
“But to keep the discussion within the context of contemporary art, it would be important to point out that Ravelo’s work falls within the category of conceptual art – a form of creative expression within the visual arts that many on the Zambian art scene regard as ‘foreign’ and ‘un-African’ often referring to painting and sculpture as true art. In conceptual art, the idea or “concept” is the most important aspect of the work and not the artist’s ability to paint, draw or sculpt. Conceptual art or conceptualism is an umbrella term for the myriad of art practices and forms that go beyond painting and sculpture, which include performance, video art, assemblage and installation as strategies of multi-media spectacle. “However, without going into a tedious and long winding genealogy of conceptual art; its purpose has always been highly political, more often, it is created not to be admired for its beauty but to be repulsed in order to drive a point home or bring awareness to a particular topic.
“One classic example within the Zambian context is the 1995 works The Casket series by the late Martin Phiri. Phiri welded a full-sized casket and in it cast his own likeness, wrapped it in a white cloth just as a funeral parlour prepares a body for burial. This was accompanied by a video of mourners, mostly footage he had captured at the funerals of relatives. It showed them moving past the casket, looking down into it in the local body-viewing custom.
“His own wife appeared in the video bursting in to tears, in effect making her a widow, a taboo within the moralistic beliefs of Zambia’s collective religious and ethnic communities. In short, Phiri created an artwork depicting his own funeral; the work crossed the line of accepted societal norms, deconstructing cultural stereotypes much like the work by Ravelo. “When asked about why he had created the work, Phiri would simply answer: ‘I wanted to see how I would look in a coffin and how people would mourn me.’ This work not only angered visitors to the Henry Tayali gallery where it was shown because the artist appeared to be toying with death in a manner that was seemingly forbidden within a conservative society, but it also irked many in the art community who considered the work ‘non-art’ especially that it was created by someone who was not only an excellent painter and sculptor, but an art lecturer and founder of the Visual Arts Council of Zambia – surely he should have known better.
“Nevertheless, and understandably so, conceptualism in contemporary Zambian art has never really kicked-off or been accepted because it is unsaleable, who for instance would buy Phiri’s Casket Series or anything similar; then there is the political edge that most conceptual art carries, this is not something most artists would like to risk their careers over or even lives with in an art scene whose topics have to be chosen carefully so as not to offend anyone spiritually or politically.
“However, returning to the WhatsApp chat it is evident that artists in Zambia may still not be keen on dabbling in conceptual art, but maybe it is time to reconsider. The global art world through its leading curators has taken particular interest into the conceptual impulse. If the world market were, something Zambian artists would like to consider, there would be no harm in expressing that suppressed conceptual urge every now and then.”
artyak@rocketmail.com