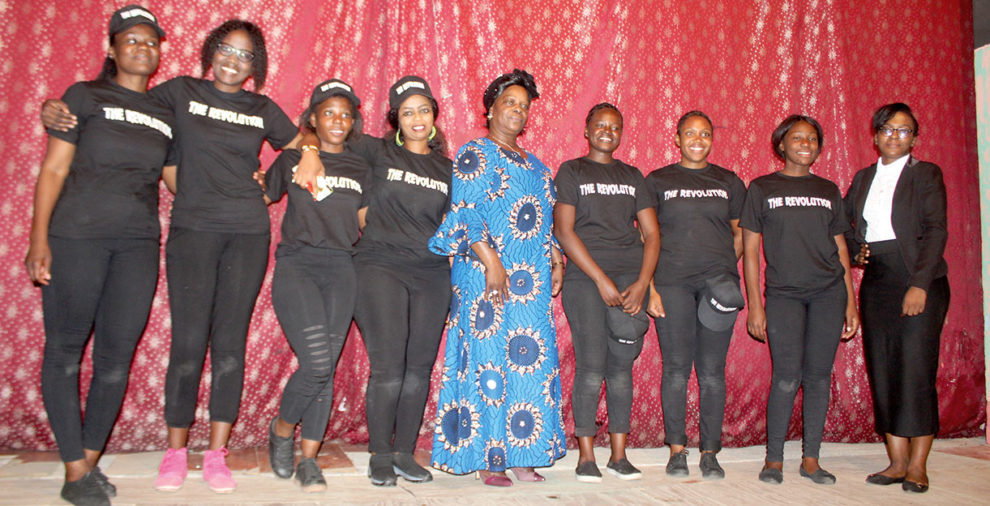 NICHOLAS KAWINGA, Lusaka
THE Lusaka Theatre Club last weekend partnered with Tom Arts Productions to join the rest of the world in commemorating the International Women’s Day that falls on March 8, with a protest play production titled The Revolution.
Clearly, to make a statement, the play is an all-female cast of six, with two male voiceovers to help add flow to the play.
Written by Tom Njobvu, well known for the role he played in a Muvi TV drama series as Limbikani, but this time trying his hand as a playwright. Lee Senford Kabongo was the director while Musonda Chilondo and Febian Mumba were the producers.http://epaper.daily-mail.co.zm/