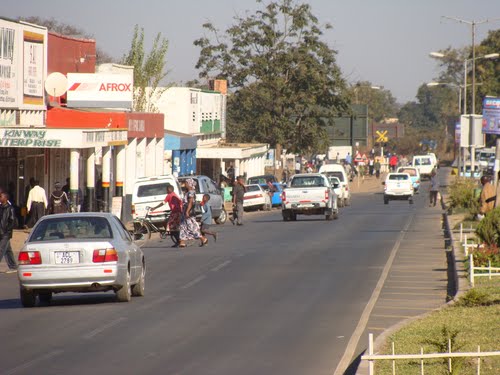 Analysis: FRANCIS CHEWE
ON JULY 23, 2016 the President of the republic Of Zambia, His excellency Edgar Chagwa Lungu commissioned the construction of a first-ever multi-million dollar Kabwe shopping mall project at a cost of US$20 million to be built by Heriot Properties Limited, a South Africa-based company.
The shopping mall, a first of its kind for the town, will be constructed on an eight hectare land next to Mulungushi Textiles Joint Venture Limited and is expected to create about 1,100 jobs for the locals.
Kabwe is the provincial capital of Central Province with a population estimated at 202,914, according to the 2010 census.
Formerly named after a human skull called Broken Hill Man or Rhodesian Man, which was found in a mine in 1921, the town was founded when lead and zinc deposits were discovered in 1902.
Kabwe also has a claim to being the birthplace of Zambian politics as it was an important political centre during the colonial period. The Mulungushi Rock of Authority still serves as a major point for political decision-making. Early this year, the Movement for Multi-party Democracy held a convention that elected Felix Mutati as its presidential candidate. It was the same place that settled President Lungu as the Patriotic Front presidential candidate after the death of President Michael Sata.
During the mid-1900s Kabwe played an important role in Zambiaâ€™s history, as it was a place where the fight for independence from Britain gained momentum until Zambia became independent in 1964.
Its central location on the Zambian map has seen the town serve as a location for workshops and training sessions by various organisations. The town is also an important transportation and mining centre.
Sadly, the town has over the years faced a lot of challenges to the point of being labelled as a ghost town due to an economic slump after the closure of the mine.
The construction of the mall is a positive move to restore the townâ€™s lost glory and bring back major economic activity that will provide employment for a lot of people, from the construction process until completion of the project when more people will be employed as companies open branches at the mall.
It is expected that many investors will be attracted to open more business centres at the mall.
This will help reduce poverty and unemployment levels among many people who have been surviving on meagre incomes through various survival skills.
The closure of the mines and subsequently privatisation of supply industries made Kabwe to come to its knees, hence residents had to learn other means of survival like merchandising and trading.
Among the shops to be housed in the mall to be built along the Great North Road are Shoprite, Jet, Debonairs, Steers, Cashbuild and Mr Price.
Another positive activity for the town is the opening of Mulungushi Textiles Joint Venture Limited, which will strongly boost the economy of Kabwe. The company is expected to employ more than 20,000 people.
It is expected that with increased economic activity in the town, more tourists will also visit, as the town is a provincial headquarters to a province that is home to some of the countryâ€™s best tourist features.
Kabwe also has many historical areas like Mulungushi Rock of Authority, Kabwe Bwacha House National Monument, Number E1376 Musuku Road, Bwacha township, where on March 8, 1958 Kenneth Kaunda was elected President of the Zambia African National Congress.
Another tourist attraction is the Big Tree National Monument â€“ a fig tree with a 50m wide canopy on the east side of Broadway, which served as a meeting place on many occasions during the early years of the townâ€™s history, and the Broken Hill Man memorial at Kabwe Municipal Council.
The Kabwe shopping mall would be the fifth one built by Heriot Properties Limited.
The company has also built Kafubu Mall in Ndola, Solwezi Mall in North Western Province, Mukuba Mall in Kitwe and Cosmopolitan Mall in Lusaka.
It is, therefore, imperative for Kabwe residents to take good care of the infrastructure that is being built in the area to benefit generations to come.
The local authority now has a duty to educate the public on the dos and donâ€™ts so as to preserve the only and first ever shopping mall in Kabwe.
The author is a Sub-editor at Zambia Daily Mail
francischotachewe@yahoo.com

How to Win an Election
JICA: Facilitating Kaizen activities