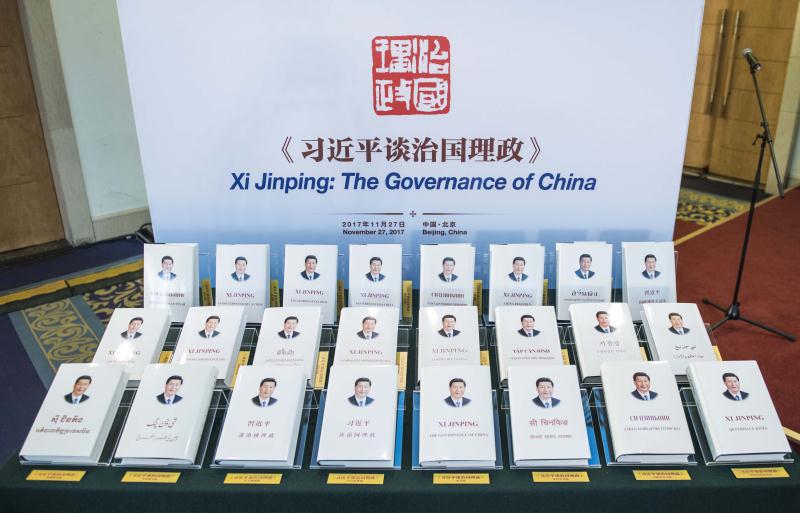 The Governance of China was launched in London on Wednesday April 2018.
The book, unveiled during the ongoing London Book Fair, contains a collection of 99 articles, including Xi’s speeches, conversations, instructions and congratulatory messages, dated between August 2014 and September 2017.
The new book, published in Traditional Chinese characters, English, French, Spanish, German, Russian, Japanese, Arabic and Portuguese, was launched at a ceremony attended by some 300 political and business leaders, academics, and representatives of publishing agencies from 14 countries and regions.
Britain’s Prince Andrew, the Duke of York, said at the ceremony that the global launch of the book in London is a “milestone,” and it will hopefully “enlighten readers about where China is going and what it is thinking.”
“It takes a lifetime to understand China. And I am on that journey,” said Prince Andrew, adding that he awaits more volumes of the book to come.
China and Britain, as two major countries in the world, share great cooperative potential on READ MORE