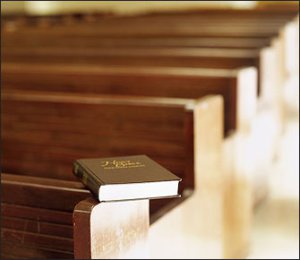 IT IS gratifying that the Church will oversee the national dialogue.The Church is the salt and light of the world.
Jesus described His followers as the salt of the earth in Matthew 5:13 during the famous Sermon on the Mountain: “You are the salt of the earth. But if the salt loses its saltiness, how can it be made salty again? It is no longer good for anything, except to be thrown out and trampled underfoot.”
Jesus conveniently compared His disciples to salt to show the role they should be playing: that of being preservatives in the world, slowing down the advancement of moral and spiritual decay.
The political tension the country has endured since the 2016 general elections cannot only delay economic and social progress but also contribute to moral decay.
Zambia has enjoyed peace since independence in 1964.
It has been a beacon of peace and stability in Africa. Even in the aftermath of the 2016 elections, the country has maintained a fair measure of peace and stability.
There are, however, simmering hotspots that should be dealt with before they get out of hand. There is need for the country to continue on its envied path of peace and harmony.
We are therefore pleased that in the wake of the recent dialogue convened by the Zambia Centre for Inter-party Dialogue (ZCID), key stakeholders are agreed that the Church should lead the process.
The Church is the vanguard of peace and tranquillity.
It embodies the spirit of reconciliation. The Church cannot preach spiritual morality and stand aloof to social reality. Thankfully, the Church has yet again stepped forward to accept the request that it helps keep intra-party talks on track and help find amicable solutions for points of disagreement.
Besides, the Church shares the same constituency with the political parties and its aspirations are also to have a prosperous society living in harmony.
By virtue of its moral pedestal, the Church has a unique role to play; its probative value is higher.
The Church has in the past played a unifying role leading to pacifying political tension.
In 1990, the Church played an influential role in the country’s return to multi-party politics by convincing the then President, Kenneth Kaunda, to cut short his reign by two years and bring forward the general elections from 1993 to 1991.
Dr Kaunda was magnanimous by putting the interest of the country above anything else, amended the Constitution and held elections in 1991, which he lost.
Last year, Archbishop Telesphore Mpundu, then president of the Zambia Conference of Catholic Bishops, was the catalyst in mediating the release of United Party for National Development (UPND) president, Hakainde Hichilema, from incarceration.
The Church is therefore well suited to be the mediator given its neutrality and being familiar with local issues that are a bone of contention.
With stakeholders agreeing that the Church should mediate the national dialogue, indeed the space of disagreement over the national dialogue process is now narrowing.
Having the Church on board has been the insistence by the major opposition, the UPND. The PF has no problem with that. So let all stakeholders come to the table.

Tags: Can, do it, the Church