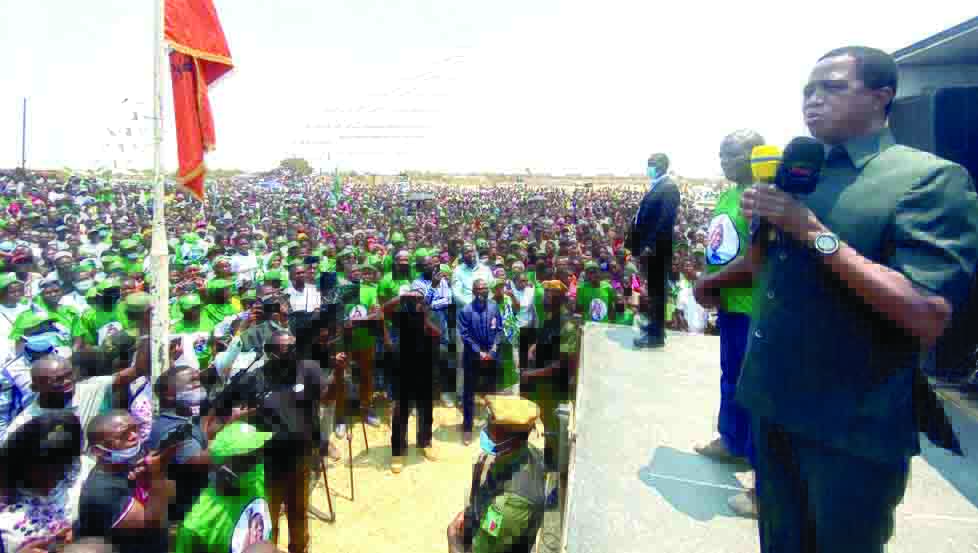 CHIMWEMWE MWALE, CHOMBA MUSIKA
Ndola, Kasama
PRESIDENT Edgar Lungu has told United Party for National Development (UPND) leader Hakainde Hichilema to stop accusing the Head of State of plotting to arrest and kill the opposition leader over the role he played in the privatisation of national assets.
The President said desires to meet Mr Hichilema in next year’s election but that he would not hinder law enforcement agencies from investigating and prosecuting Mr Hichilema over his alleged illegal dealings in the privatisation process.
He was addressing Copperbelt residents who welcomed him at Simon Mwansa Kapwepwe International Airport yesterday.
“I can’t kill HH, it’s only God who gives and takes life, not me. I am there as President to protect life. The thought that I want to eliminate him is unfortunate. It’s not me but Zambians who are calling him to account CLICK TO READ MORE