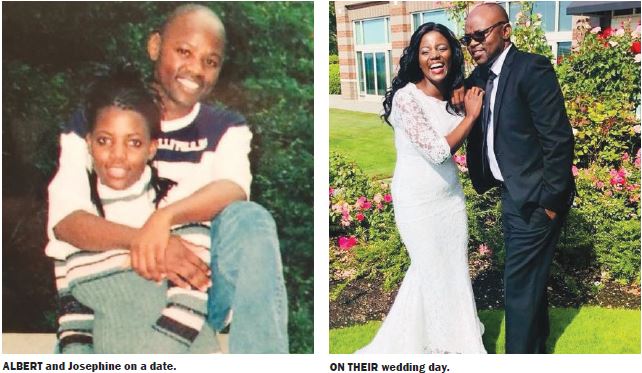 KAPALA CHISUNKA, Lusaka
THEY might have met when they were teenagers, but Albert Munanga and Josephine Mporokoso both knew theirs was a special bond.
Josephine was only 14 and Albert, who is now a medical doctor, was 15 when the two met in 1995.
Josephine first met Albert at her family’s grocery store in Matero township, where she worked as a cashier.
To her, he was just a young boy who frequented the store.
But then, she began to notice that Albert was spending more time at the grocery than usual, slowly sipping on his drink.
Later, Josephine discovered that her sister knew Albert from school and that was how they started to be more engaging.
When Albert asked Josephine to be her friend, it came as a surprise. 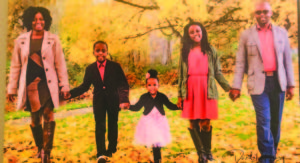 “I come from a background and family that does not believe that a man and woman can be just friends. I said no,” she says.
But Albert was not one to give up easily though he was cautious in his approach because they were both young at the time.
One day, he invited her to his church and she agreed to go.
“Through our interaction, one thing that I was certain about was that he was a spiritual person. He loves God and that was evident from the get-go. After I attended his church, things changed between us, I began to warm up to him,” she says.
And that was how their relationship started. He was her first boyfriend.
For Josephine, her biggest attraction was Albert’s gentle and kind spirit.
In 1998, Albert proposed marriage to Josephine. By this time she was in Grade 12.
“I knew he was serious about what he wanted because he told me from the beginning that he wanted something that will eventually lead into marriage. By that time I loved him. I was in love with him,” she says with a smile.
However, the relationship was met with an opposition, especially from Josephine’s family, because they felt she was too young for marriage. Her family wanted her to concentrate on her education. But she was adamant.
In fact according to Josephine, her mother followed Albert and asked him to leave her daughter alone, something she says upset her a lot when she heard because she loved her boyfriend.
But in 2001, Josephine relocated to the United States of America (USA). The couple was in a long distance relationship for three years until Albert joined her a few years later.
In 2005, 10 years after their first meeting, the couple wed in the US.
They now live in Seattle, with their three children.
“Marriage is a joy. I am married to my best friend,” says Josephine. “Of course there are some ups and downs but just knowing you have somebody who will stand by you no matter what is a good place to be. He is also kind, handsome and I love that he is spontaneous.”
Albert, who describes their relationship as a greatest love story, says he knew she was the one from the moment he saw her walking down the street in Matero.
He says he later discovered she worked as a cashier in her family store and that was how he made himself a frequent customer.
Albert, who says his father had warned him against entertaining girls but to instead concentrate on his education, threw caution to the wind and courageously decided to follow his heart by pursuing his love interest.
“There was something about her, she is not just beautiful, it’s the way she walked, the way she looked, I could not get her off my mind. She left an impression on me. She’s not an easy person to forget,” he says.
He says it was easy to fall in love with her from the interactions and time they spent together.
“I fall in love with her every day. She is incredibly smart, highly spirited, humble and respectful. I was also attracted to the way she conducted herself, she carried herself with grace, respect and humility,” he says.
For Albert, the icing on the cake was that she also comes from a good family.
Commenting on the three years they were in a distant relationship, Albert describes the situation as a test on their loyalty and love for each other.
He, however, says the situation in the end turned out to be a blessing in disguise because it drew them closer and re-affirmed their love for each other.
“There are so many things I love about being married to my wife. The warmth of her friendship, I always look forward to being home with her, she is a good companion, my confidante. My life is a practical example of how I love her,” he says.
He says what has helped cement their 14 years of marriage is how they enjoy doing things together. He says they have never stopped dating and doing all the little things they both love.
Albert attributes the good relationship to good communication, mutual respect and being sensitive to each other’s needs. He says having Christ as a foundation in their marriage is also an important aspect of their union.
His wife agrees and adds compromise to the list of things that make a marriage work.
She says as a Christian woman and wife, submission is equally important in a marriage but that while Christ demands her to submit to her husband, she expects the same from him.
Josephine, who is a registered nurse, says although they have spent almost 20 years in the US, she has not allowed that country’s culture to influence her.
“The culture in America may be different from the Zambian one but we know what is wrong from what is right,” she says.
Her advice to other couples is have good communication.
She says it is also important to have a forgiving heart, to be content as a couple and be each other’s supporter.
“Marriage is a beautiful thing, couples need to learn to celebrate the joys of life and learn to comfort each other during difficult times. It is also important to always look to God for guidance,” she says.
Her husband’s advice to men is to take their role as providers serious and to love their wives.
“Husbands must realise that wives occupy a high and holy ‘office’ in marriage,” he says.