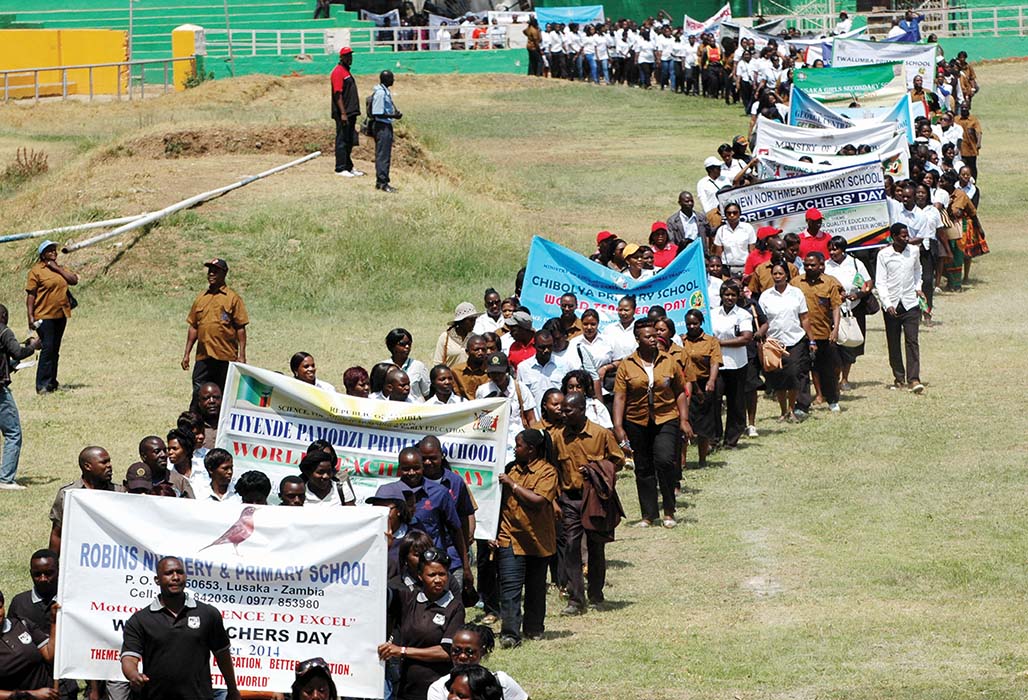 NANCY SIAME, Lusaka and JIMMY CHIBUYE, Mansa
MINISTER of Education, Science, Vocational Training and Early Education John Phiri says Government is aware of the challenges teachers in the rural areas are facing and is striving to address them.
And teacher unions have called on Government to revisit the ban on extra lessons.
Dr Phiri said Government is aware of the difficult circumstances under which teachers in rural areas are operating and is working round the clock to address them
â€œGovernment is aware that quality delivery requires suitable and adequate teaching and learning materials,â€ the minister said.
He also urged teachers to â€˜discoverâ€™ the purpose under which they were sent to these rural areas before they can complain about their environment.
Dr Phiri said teachers make Government proud and urged them to continue being models to the younger ones.
And speaking on behalf of the teacher unions, Basic Education Teachers Union of Zambia (BETUZ) president Cosmas Mukuka called on Government to revisit the pronouncement that teachers must not be conducting extra lessons.
Mr Mukuka however commended government for various infrastructure projects in the education sector but called for more investment in teacherâ€™s houses.
Speaking at the same function, UNESCO chief programmes officer Brenda Muntemba said the international community and Government must collaborate to support teachers and promote quality education worldwide.
And Government has advised teachers to be role models of school-going children by inculcating good morals.
Luapula Province acting permanent secretary Joyce Nsamba said during the Teachersâ€™ Day celebrations here yesterday that it is the duty of a teacher to add value to the well-being of children.
She said due to lack of role models, about 12, 500 girls across the country got pregnant at basic school level.
And Mansa Central member of Parliament Chitalu Chilufya said more than 85 percent of the 2013 and 2014 Constituency Development Fund (CDF) has been set aside to support education in Mansa.
Dr Chilufya, who is also Deputy Minister of Health, said K300,000 has been further set aside from the CDF to be given as bursaries to school-going children, especially girls in Mansa.
Thousands of teachers yesterday thronged the Lusaka showgrounds to celebrate their day at a colourful ceremony.
The teachers, who were clad mostly in colourful Zambian regalia, marched from the Ministry of Education headquarters to the showgrounds where the celebrations were held in jubilee style.
This yearâ€™s day was being celebrated under the theme â€˜Unite for quality education for a better tomorrowâ€™.

â€˜Diplomats must be professionalâ€™
It will be foolish to allow RB back, says Nevers