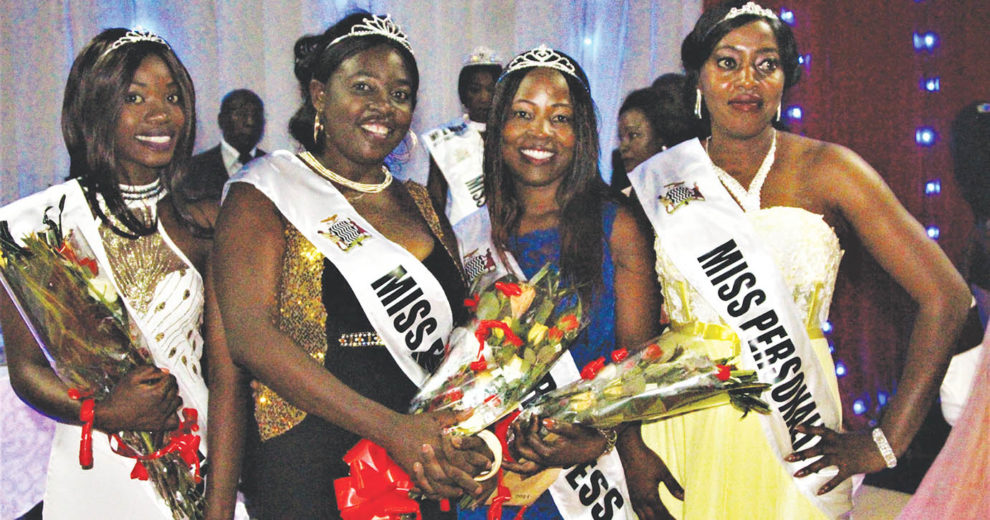 STAFRANCE ZULU, Ndola
RUTH Nalishebo, a teacher at Itawa Primary School in Ndola, was last weekend crowned as Miss Education after beating 11 other contestants.
The pageant, organied by the DEBS office and held at Fatmols Executive Lodge in Ndola, also saw Jacqueline Mwitwa of Mabungo Primary School getting the First Princess award with Ngosa Musonda of Eagles Wing Secondary School scooping the Second Princess.
Chanda Kabwe of Kansenshi Primary School was voted the Miss Personality at the pageant that had contestants from both primary and secondary schools.
The pageant was organised as a way of contributing in raising K300,000 for the construction of a bigger and stronger room that will secure examination papers for Ndola district during examinations.
It is an initiative of the provincial education office and its Ndola district leadership in order to contribute towards curbing examination malpractices.
Little wonder the event was graced by officials from the District Education Board Secretary and Ndola Central Member of Parliament Emmanuel Mulenga who was the guest of honour.
The night was characterised with moments of humour, thanks to stand-up comedian known as C Class.
But for those that like traditional dance, the ever green Chifubu Secondary Dance Group was on hand with their impressive dance moves.
But still, focus was who was going to emerge winner of the pageant.
The contestants had to compete in the introduction, cocktail, traditional and career categories.
At the end of the contest, the panel of judges thought Ruth had done enough to win the title of Miss Education Ndola and walk away with the K2,000 prize money.
Jacqueline, the First Princess, got K1, 500 while Ngosa, the Second Princess, got a shopping voucher from BBC One collection. The Miss Personality only got a crown and sash.
Others contestants were Christabel Malunga, Annie Musonda, Quincy Chindima, Beatrice Nakazwe, Mary Mashata, Beene Chibinga and Prisca Peyala.
Over K60,000 in tickets, K20,000 in pledges and 300 bags of cement was raised at the Miss Education Ndola pageant.