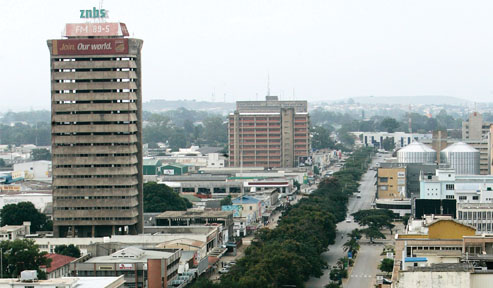 NKOMBO KACHEMBA – Kitwe
THE Zambia Institute of Chartered Accountants (ZICA) is concerned about the increase in tax fraud cases involving corporate entities in the country.
ZICA chief executive officer Hapenga Kabeta said tax fraud is a serious threat to national development because it robs Government of its revenue.
â€œIt is disheartening to hear about the numerous tax malpractices committed by some corporate entities. Tax fraud is a key factor that has not been recognised as a threat to national development,â€ Mr Kabeta said.
He was speaking in Kitwe on Friday during the official opening of a tax update workshop for accountants and stakeholders.
Mr Kabeta urged ZICA members working in various corporate entities to avoid engaging in fraudulent activities to protect the integrity of the profession.
He said ZICA members should instead comply with the provisions of the code of ethics to promote professionalism and transparency in their duties.
Mr Kabeta said the aim of the workshop is to equip accountants with skills on the current developments in tax legislation.
He also said with the constraints that Government is facing to increase tax revenue, it is important for accountants to be equipped with the necessary skills to overcome the challenge.
Mr Kabeta also urged Government to quickly address concerns raised by mining companies over value added tax rule number 18 for the sustainability of the economy.
He also urged Government to implement multiple fiscal instruments to protect the interest of the nation and the mining industry, which is key to national development.