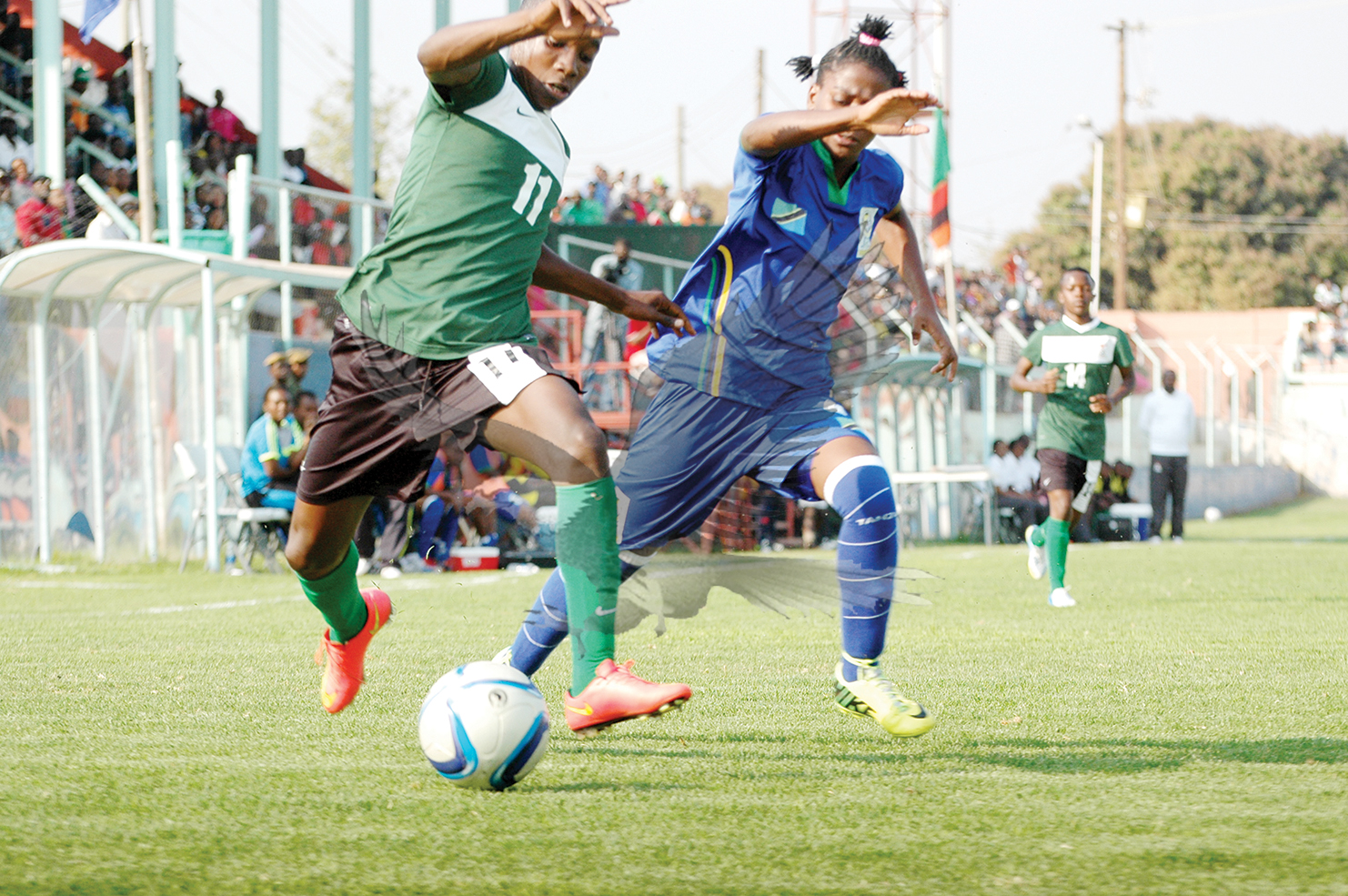 DIANA MUTAKAFIMBO, CECILIA ZULU, Nkoloma Stadium, Lusaka
ZAMBIA 0 TANZANIA 0
ZAMBIA yesterday battled to a goalless draw with Tanzania to qualify to the second round of the 2016 Papua New Guinea World Cup race.
The junior She-polopolo whitewashed Tanzania 4-0 in Dar es Salaam on July 11 but failed to rise to the occasion at home.
Zambia started brightly with Memory Phiri heading wide a Barbara Banda cross in the first minute.
The junior She-polopolo pinned Tanzania but ran out of ideas in the final third.
Tanzania striker Neema Paulâ€™s shot in the 35th minute did not trouble Zambia goalkeeper Hazel Nali.
On resumption, Tanzania pushed forward in numbers in a bid to get five unanswered goals that could have seen them qualify to the second round but to no avail.
Zambiaâ€™s Grace Chanda shot wide with a yawning net before her in the 70th minute and three minutes later Mary Wilombeâ€™s close-range shot hit the cross-bar.
â€œWe played very well but we couldnâ€™t just score. Home pressure contributed but I am still happy with the way my girls played,â€ Zambia coach Osward Mutapa said.
Tanzania coach Rogasian Kaijage said: â€œLike I said when we came, anything in football is possible. We lacked experience in the first leg but we meant business in the second leg. Zambia is a good side and very experienced.â€