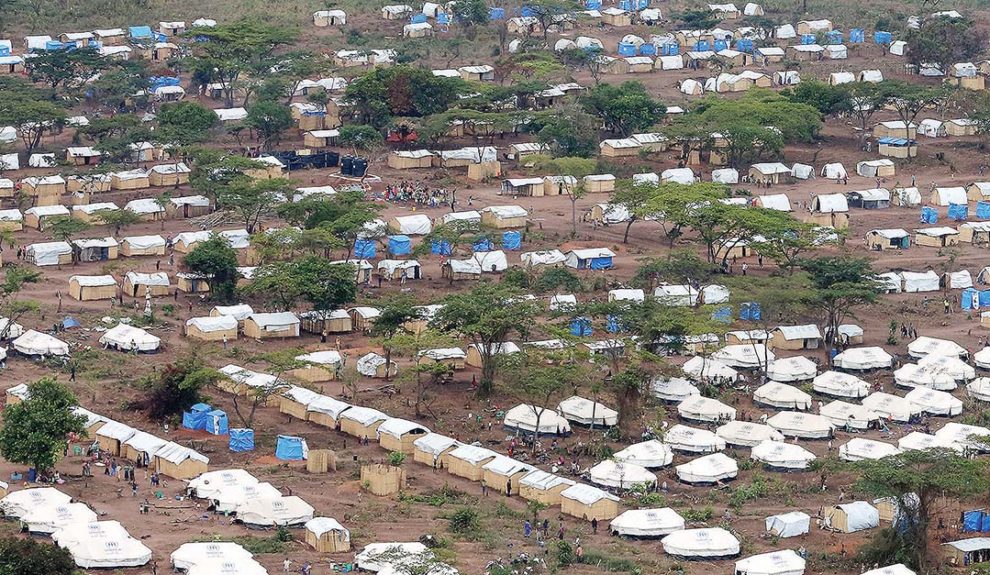 YANDE SYAMPEYO, Nchelenge
KAIMBA Kazla sits outside a tent nursing her infant child. The child is one of a set of triplets she delivered while escaping the civil war in the Democratic Republic of Congo (DRC).