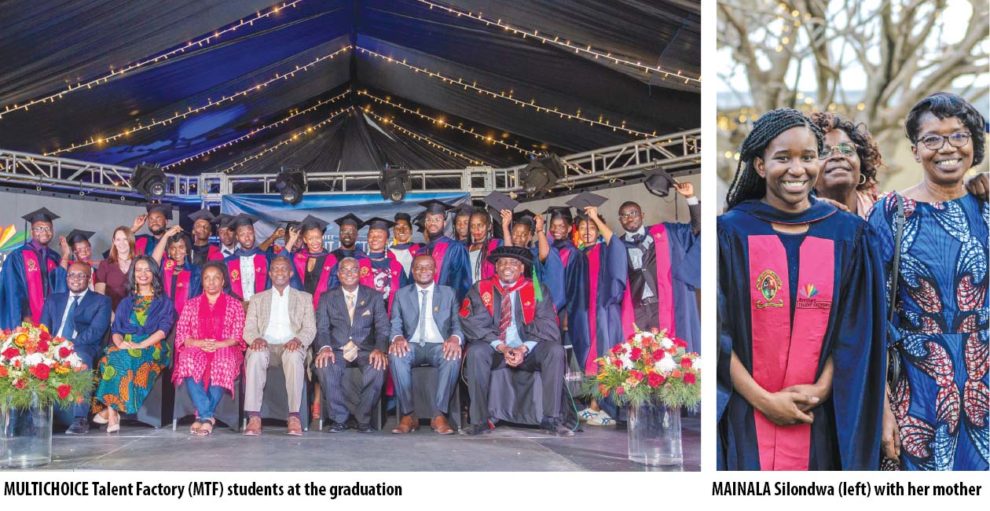 ZIO MWALE, Lusaka
MAINALA Silondwa, 23, a Zambian is among 20 southern African filmmakers who recently graduated from the inaugural MultiChoice Talent Factory (MTF) academy.
Together with the 19 other future film-makers, she was selected based on her industry (media) related qualifications and skills, as well as her passion to narrate Africa’s unique stories.
Mainala, who graduated as the best overall student, says her time at the academy has exposed her to the business side of film and has enabled her to meet and network with industry professionals of a high calibre.
“When I was selected for the academy last year, I was very happy because I wanted to gain more skills as a film-maker. We learnt almost everything in film production both theory and practical,” Mainala says…
For being the best, she was awarded an eight weeks internship at the New York Film Academy (NYFA) in the United States of America.
“NYFA offers programmes in film-making, producing, screenwriting, cinematography, digital editing, documentary film, acting for film, 3D animation and visual effects, photography, game design, musical theatre, graphic design, and virtual reality. For my career, this is a plus. Thank you MultiChoice,” she said. CLICK TO READ MORE