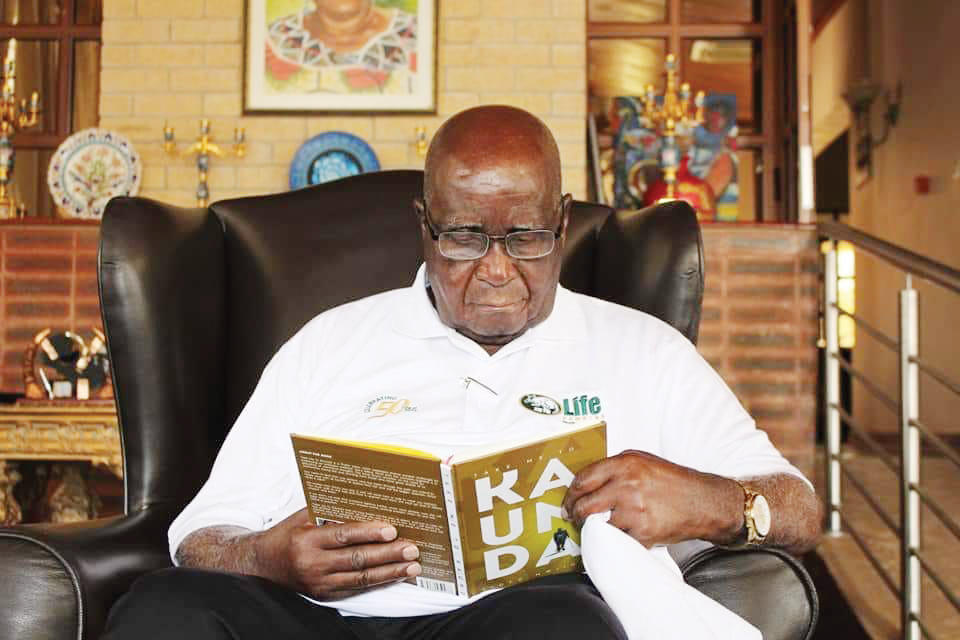 CHOMBA MUSIKA and PRISCILLA MWILA, Lusaka
BUDDING author Curtis Mwiinga last Friday launched his inaugural book titled ‘Take Me To Kaunda’ at a colourful event where attendants grabbed over 70 copies with the main guest pledged to buy 100.
Take Me to Kaunda is a poetic satire which addresses various societal challenges by employing an unorthodox storytelling method.
The 100-page piece stresses the need for mentorship, leadership and learning from those who have gone ahead of us like the country’s founding President, Kenneth Kaunda.
The well-attended book launch, which included a motivational talk and was spiced with an interlude of poetry and song, was held last Friday at Raddison Blu Hotel.
Adored musicians Esther Chungu, James Sakala and Zion were on hand to provide some inspiring gospel and indigenous songs at the event which started after 18:00 hours.
After a poetic act from Jeff, several motivational speakers gave soul searching lectures to the attentive and responsive youthful crowd.
Motivational speaker and organisation development consultant Felix Banda challenged each individual to invest in their future.
“And what I have learnt from Lloyd today is that we need to be steady in our progress and value other people’s gifts,” Banda said.
Kupes Young Women network founder, Norena Chiteba, challenged youths to embrace the counsel of elders because “we need to learn from them”.
Entrepreneur and inspirational teacher Dario Chongolo called on youths to create the future that they want.
“The future you want won’t be handed over to you,” Chongolo, the author of Sentenced to Succeed, said as the 37-year-old Mwiinga was called to the stage.
The former St Raphael’s Secondary School pupil said Take Me to Kaundu is a call for society to embrace the wisdom of elders such as founding President, Kenneth Kaunda.
“[In the book], I use Kaunda as a figure, both literally and in context [because] as Zambia, we have a [Dr] Kaunda to look up to,” Mwiinga said.
The writer warns that there is a big temptation by society to embrace modernity and reject counsel from those deemed old school.
“We will never outgrow wisdom,” Mwiinga, who praised glowing tribute to his mother and wife, said.
And launching the book, Gospel Envoys founder Choolwe Choolwe, who was the guest of honour commended Mwiinga for writing the book.
“It is a book of humility and wisdom,” Pastor Choolwe, who is also a former St Raphaels pupil, said.
He pledged to buy 100 copies and distribute them to schools in Livingstone.
Meanwhile, the crescendo of the event was when a video of Mwiinga presenting a copy of the book to Dr Kaunda was shown on a huge screen.
He had met the statesman earlier in the day.

Tagsgrabbed Take Me To Kaunda