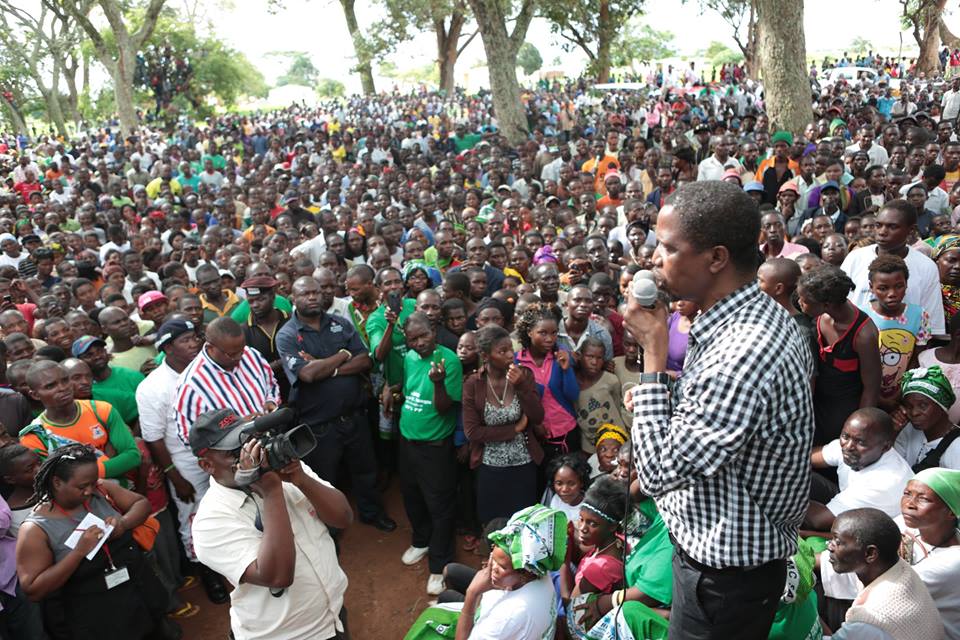 KELVIN CHONGO & JIMMY CHIBUYE, Lusaka
PATRIOTIC Front (PF) chairperson for elections Emmanuel Mpakata has advised members to heed President Lunguâ€™s directive that they should accept new members from opposition political parties.
And Mr Mpakata says the PF will soon announce dates for provincial elections, which will culminate into a national conference.
Mr Mpakata said President Lunguâ€™s open-door policy is good and must be respected and supported by members.
â€œWe are a rebranded political party now and we need to have a lot of members. We therefore need to recruit more members for us to grow,â€ Mr Mpakata said.
He said members should not stop anyone from joining or rejoining the PF.
Mr Mpakata assured members that those joining the party are not doing so to take their positions.
And Mr Mpakata says the party will soon announce dates for provincial elections and the national conference.
â€œWe have since concluded holding section and ward elections. We shall next month hold district elections and announce dates for provincial and the national conference,â€ he said.
Mr Mpakata said, however, that the national conference, which will be elective, will not choose the party president.
He explained that President Lungu, who is PF president, was elected three months ago and has a five-year mandate.
He also appealed to members in Mulobezi, Petauke and Malambo to work hard for the ruling party to win the forthcoming parliamentary by-elections.
â€œLet us put more effort so that we can start looking to the future and the 2016 elections,â€ he said.
Meanwhile, PF national youth chairperson Chishimba Kambwili has advised members to give President Lungu a chance to seek a fresh mandate in the 2016 general elections to enable him complete the development projects he has initiated.
And Mr Kambwili has advised former Petauke Central member of Parliament Dora Siliya to apologise to the party and late President Michael Sataâ€™s family for allegedly suggesting that Mr Sataâ€™s fight against corruption can be likened to the recent xenophobic attacks in South Africa.
Mr Kambwili, who is also chief government spokesperson and Minister of Information and Broadcasting Services, said in an interview yesterday that it is not right for any member to challenge Mr Lungu during next yearâ€™s tripartite elections.
â€œI read on social media that Nchanga member of Parliament Wylbur Simuusa was saying he is ready to stand as president in 2016. But let me advise our members that we need to give President Lungu time and chance to finish the two terms,â€ he said.
Mr Kambwili said members wishing to challenge Mr Lungu can do so in 2021 and Mr Simuusaâ€™s intentions have no blessings of the PF.
He said Mr Simuusaâ€™s alleged sentiments are uncalled for.
â€œWe do not have a vacuum or vacancy in the office of the party president,â€ Mr Kambwili said.
He said PF members should work towards unifying the party instead of reverting to the intra-party wrangles which rocked the ruling party prior to the January 20, 2015 presidential election.
On Ms Siliya, Mr Kambwili said it is â€œunculturedâ€ for the former lawmaker to liken late President Sataâ€™s fight against corruption to the recent xenophobic attacks in South Africa.
â€œLet me condemn Dora Siliya in the strongest terms for the statement she made regarding Mr Sata, who is the founding father of the PF. She has no right to insult the dead, and for this she owes the party and the Sata family an apology,â€ Mr Kambwili said.
He said Ms Siliya should apologise if she wants to work with the PF because the party will not tolerate people insulting Mr Sataâ€™s legacy.
Mr Kambwili said Mr Sataâ€™s fight against corruption was targeted at those who abused their authority of office and not the innocent.