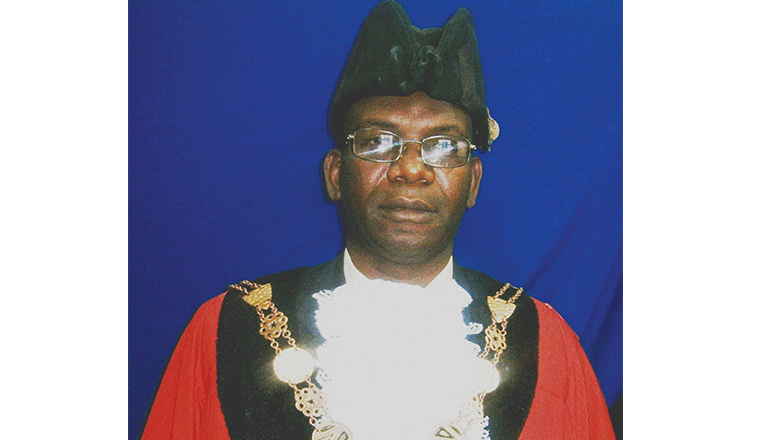 NKOLE MULAMBIA, Ndola
NDOLA mayor Samuel Munthali has urged youths to take keen interest in local governance issues and help shape the future of the country as future leaders.
Mr Munthali, speaking during the crowning of the junior mayor in Ndola yesterday, said youths must get involved in local governance matters for them to appreciate the system as they are future leaders.
â€œThe concept is about creating awareness among youths and their participation in local governance programmes. Ndola City Council is providing a platform under the Junior Mayor programme for youths to effectively participate in local governance and housing issues,â€ he said.
He said the NCC is committed to ensure that the Junior Mayor initiative succeeds because it exposes young people to governance issues at council level.
About 18 secondary schools participated in the debate contest which saw Mwamba Mwamba of Saint Dominican Conventt emerge junior mayor, while Michael Banda of Temweni Secondary School trailed as deputy mayor.
The two are expected to be goodwill ambassadors for schools across the country.
The schools competed for the two positions in a debate themed:Â  â€œSocial amenities like libraries, enhance social economic development.â€
Mr Munthali observed the low level of interest by citizens with regard to the role of the government system in the national development process, and was hopeful that the junior mayor programme will help change the status quo.
Apart from the ceremonial title, the junior mayor and deputy, also won a laptop and a smart phone respectively. .
Other four categories which included most improved school since inception of the programme went to Temweni School, best team overall went to Ndola Girls secondary School, Ingwe Secondary School won the best dressed award, while Ndola Girls Secondary School was named the Most Disciplined.