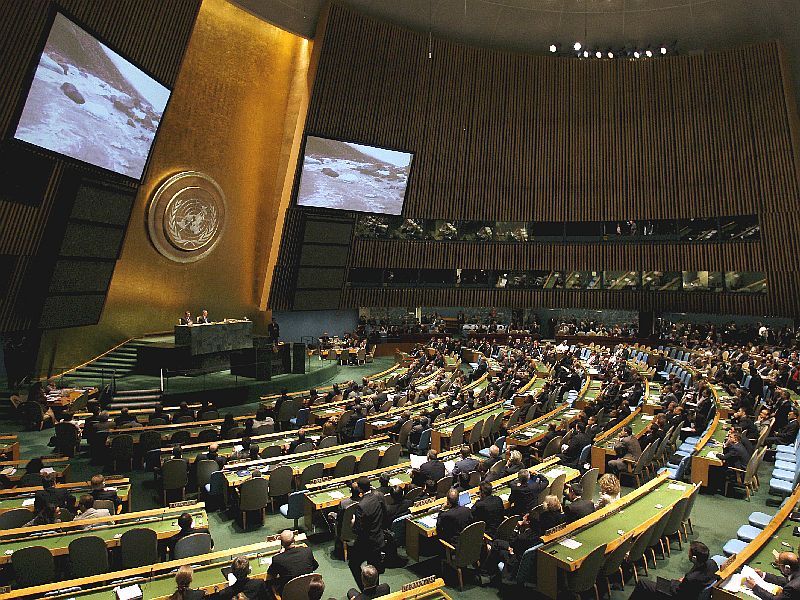 VIOLET MENGO, Lusaka
SWEDEN has called on African countries to support its bid to secure a permanent seat on the United Nations (UN) Security Council.
Zambiaâ€™s deputy ambassador to Sweden Anthony Mukwita said in a statement yesterday that Swedish Minister of Foreign Affairs Margot WallstrÃ¶m told senior diplomats at a special briefing that Sweden could probably be more productively â€˜usefulâ€™ as a permanent member of the Security Council because of its history and peace.
â€œWe are now targeting trade rather than grants or aid,â€ Ms WallstrÃ¶m said in a post-Africa Union (AU) briefing to the diplomats in Gamlastan as the Nordic state increases its campaign for a seat it occupied once, some 20 years ago.
China, France, Russia, Britain and the United States are the only permanent members of the UN Security Council while in addition, the UN has 10 non-permanent members elected for two-year terms by the General Assembly.
Ms WallstrÃ¶m said Sweden hopes it can help the world become a â€˜better place given its history of peaceâ€™ according to its campaigners.
And Ms WallstrÃ¶m said Sweden would continue cooperating with Zambia and President Lungu at grant and aid level.
â€œWe will also seek to explore other ways of corporation especially trade- relatedâ€¦our Prime Minister and your President (Edgar Lungu) have since held meetings at the AU to this end,â€ she said.
Zambia, like several other AU countries, will be crucial to the election of Sweden to the Security Council.
â€œItâ€™s a matter of taking responsibility for multilateral cooperation in an insecure world with conflicts in many places.
â€œThe Security Council is a unique platform that offers the opportunity to communicate Swedish peace policy, influence the course of global politics and make sure our agenda has an impact,â€ says Ms WallstrÃ¶m.
Mr Mukwita is one of the senior diplomats that attended the post-AU meeting chaired by director for the Africa Department Pereric HÃ¶gberg and addressed by Ms WallstrÃ¶m.
The Swedish foreign ministry has a stellar reputation for keeping diplomats domiciled in Stockholm on what they are doing regarding foreign policy, constantly engaging them in open discussions.