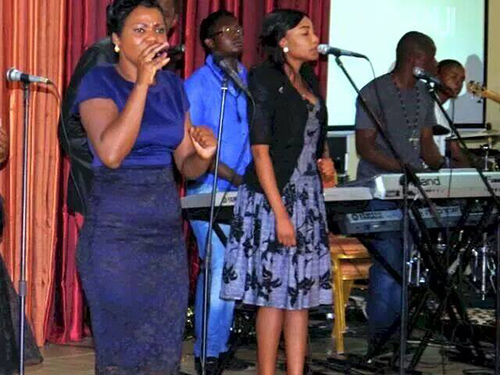 CHAMBO NGâ€™UNI, Kabwe
GOSPEL artiste Gina Mutema is set to launch her third album at an event where gifted songstress Suwilanji will be on hand to support her.
Gina is elated that she will be launching the 10-track album Insansa on (Sunday December 6), saying she has worked hard for the project to achieve its intended purpose.
Gina dropped her first 10-track gospel album Nipela in 2003 which was followed by Sumbulweni and another 10-track album in 2006.
â€œFor me this is a special album in that I have been quiet for some time as my last was in 2006,â€ Gina said in an interview with the Weekend Mail.
â€œDuring all this period, I have also gone through difficult moments and God has been preparing me for this project (third album).â€
The album will be launched at Ebenezer Cathedral of Pentecost and has songs such as Aliwama, Teti, Ndinobe, You are God, Awesome God and Insansa.
She says Mulibabkulu Yahweh, Alenjimya, Tata and Breaking New Grounds are the other songs gospel songs on the album.
Gina is also happy that Suwailanji, Racheal and Pastor G from Zimbabwe will be on hand to support her and witness the launch of the album.
â€œPastor G from Zimbabwe will also be around for the album launch. He inspires me and I like his music,â€ she says.
As for Suwilanji, she will be performing in Kabwe for the fourth time and gospel lovers will definitely be looking forward to see her perform live.