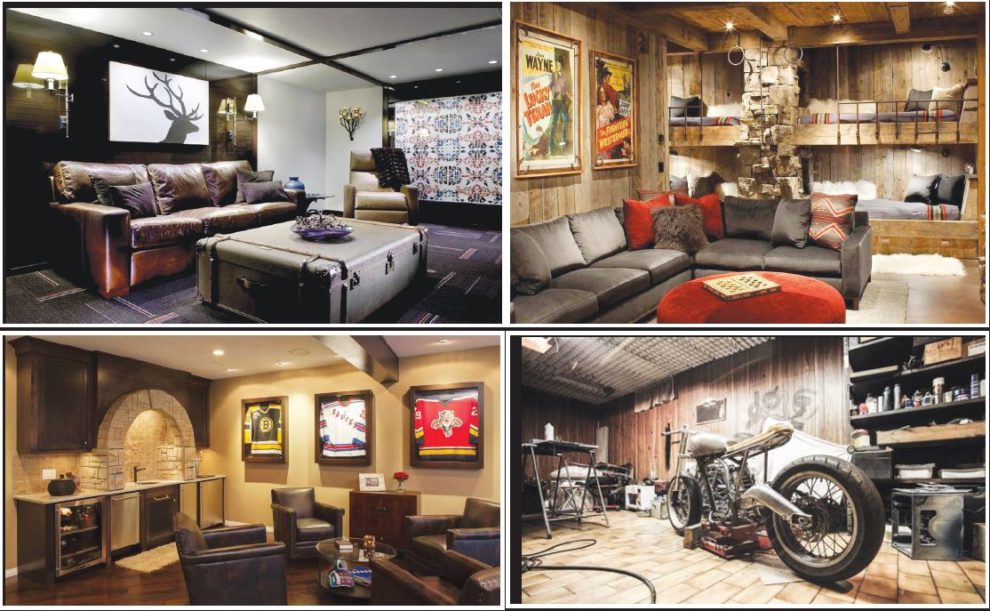 NOMSA NKANA, Lusaka
HEY ladies, this weekend I’m asking you to kindly step aside for a moment as I talk man cave issues. It’s not that am ignoring you, after all we are together every weekend but hang around though because this concerns you in more ways than one.
I would like to attend to the man of the castle, your hubby; he needs a man cave.
So then what is a man cave? It’s a space of retreat often equipped with media, games and antique memorabilia geared toward the man of the house’s hobbies and interests. It’s that quiet place in our homes where the man can retreat, plunk down on the sofa, chill out with a drink and unwind after a hard day’s work.
Every man needs his own get-away-place within his house or in the back yard where he can reflect on life and have a peaceful moment to himself.
I kid you not; man cave retreats are believed to improve a marriage! After all, what is more pleasant than a man who is relaxed and palpable— this is how most men feel after an hour spent de-stressing in their private abode.
If you crave a husband who is willing to listen; one who is happy and stress-free, then maybe you should indulge him with his own man cave get-away.
Now hold your fire ladies listen to sound advice. When a man wants his own space in the house  be it a garage, an outdoor space, a workshop at home, or a game room, it not a red flag indicating that he’s rebelling in your relationship, trying to avoid you or avoiding social commitments.
In fact, having one’s own personalised space is actually necessary and important psychologically for everyone including you.
Your own space decorated by you alone, can positively affect emotional well-being so ladies allow your husband to decorate or suggest décor ideas for his man cave.
Since women traditionally take charge of decorating a household, the main living spaces tend to regulate their emotions better than the man’s. This can leave a man feeling isolated.
Must have man cave items
Recliner
As I said earlier, a man cave can be used to just relax and get away. Likewise, it can be used for work or client calls you need to make later on in the night. To avoid a stiff neck while resting consider a recliner.
Television
The reason why men will put a TV in their man cave is so that they can enjoy watching their favourite sport on a Sunday afternoon.  And, if sports are not your thing, putting in a large, flat screen TV is also perfect for watching movies with the wife and family. Men even if this is your space, no harm in sharing it once in a while with the people you love.
Man cave bar and fridge
A key purpose of the man cave is so you don’t have to walk to another section of the house to go get a cold beverage out of the refrigerator. Therefore, you need to have a man cave bar and/or fridge in your man cave. Not only will this be useful for when the guys come over, but also during those family gatherings or parties you plan to host in your new and shiny man cave.
Games
For fun and games, include a pool table, darts board or others games for your entertainment.
Bar Stools
When friends enter a man cave, they want to behave and act like men. There is no place on earth manlier than a bar and all bars need bar stools.
Have a man cave weekend dudes.

In conversation with singer-songwriter Scarlet
‘Mubanga’ won’t be alone