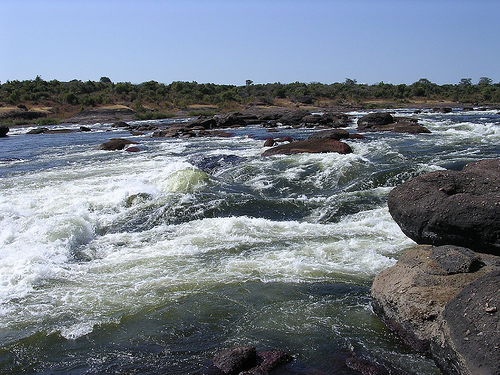 MONICA KAYOMBO, Ndola
A SECOND year student at Mansa College of Education died at Mambilima Falls on Saturday where he had gone for a prayer recreation organised by the Mansa Catholic diocese.
In a related incident, a 15-year-old boy of Mwense drowned on Luapula River after a canoe he was paddling capsized.
Luapula Province commissioner of police Malcolm Mulenga identified the deceased in the first incident as Febian Zebron Chanda, 24, of Kasoma village in Samfya district.
And Timothy Kabaso, 15, drowned in the Luapula River while on a mission to carry bamboo sticks to Congo DR through Luapula River.
Mr Mulenga said Kabaso of Kabunda Fyela village in Chief Kashibaâ€™s area in Mwense was being assisted to paddle the canoe by his 12- year-old younger brother, Charles Mpundu, who has survived.