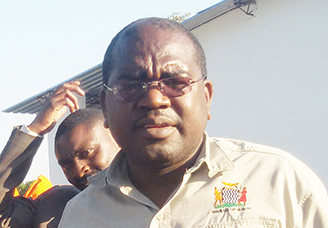 CHIMWEMWE MWALE, Lusaka
GOVERNMENT has dismissed reports in some sections of the media suggesting that junior doctors and some resident doctors at the University Teaching Hospital (UTH) have gone on strike.
Deputy Minister of Health Chitalu Chilufya clarified that there was only a misunderstanding between post-graduate students and Government as a sponsor.
Dr Chilufya said in an interview yesterday that students were not negotiating for any conditions of service and that the issue bordered on routine sponsorship by Government for training of the students.
â€œAt no time was there any strike action at UTH.
â€œIt was only a misunderstanding between post graduate students and the sponsor [Government] on allowances and this has been resolved,â€ Dr Chilufya said.