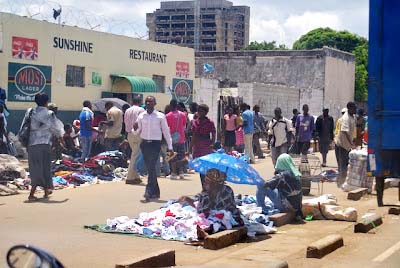 THAT the law against street vending and public nuisances has been strengthened is a very good development for Zambia and its citizens.

People need to continue maintaining clean environments wherever they are found, whether at home, in places where they conduct businesses, at workplaces, at shopping malls, on the roads, in universities, colleges and schools, or any other place.
While for a long time many were aware of the existence of the law against offences such as spitting or urinating in public, they did not take it seriously. Some thought it could not be obeyed and accepted as a law. So, to such people, urinating in public, defecating in used beer packs and plastic bags, and dumping the rubbish in the streets and drainages, was simply ‘business as usual’.
Such filthy acts, as well as indiscriminate disposal of garbage in residential areas, have greatly contributed to outbreaks of cholera almost every year. The recent outbreak was extremely devastating as it affected more than 4,000 people and claimed over 80 lives. It is now an ‘open secret’ that the main cause of cholera is poor hygiene.
Considering that there is now an addition of 33 new offences with regard to the statutes on vending and public nuisances, bringing the total to 55 in the amended Act, Statutory Instrument number 10 of 2018, citizens should now know that the law is actually binding.
Selling or buying goods from undesignated places, throwing rubbish through vehicle windows, selling ready meals in vans, selling foods from the ground or wheelbarrows, doing car-wash business in streets, urinating, spitting and vomiting in public are among many other offences that members of the public should always avoid.
We believe the announcement of the measures by Ministry of Local Government permanent secretary Amos Malupenga – including increased penalty fees of up to K5,000 in some instances – is the beginning of the sensitisation exercise among the public while the law is being enforced.
Government is serious about completely eradicating diseases such as cholera as it focuses on improving living standards of people throughout the country. Therefore, everyone is expected to obey the law.
Local authorities in all provinces are also expected to enforce the law without any hindrance. At the centre of all operations in the field will be the councils’ police departments. This is where the whole matter lies.
Council police officers should be given more power to enable them to have teeth which they will use to ‘bite’. Though primarily this role is in their custody, they will have to work closely with other law enforcement agencies such as the Zambia Police Service.
This is in view of the fact that, from past experience, especially on the streets, at bus stations and in markets, among other public places, council officers have always found themselves in conflict with cadres, who have been making their (council officers’) work very difficult.
Government says failure to discard litter in bins in public places will attract penalties. Municipalities are therefore expected to not only make bins available, but also place them strategically, whether on the streets, at markets or bus stations – at points where they will be visible – and ensure timely collection of garbage.
Authorities in various places such as institutions of learning, companies and churches should also intensify measures aimed at sustaining clean environments.
Under the law against public nuisances, owners of pets such as dogs should guard the animals so that they don’t stray into other people’s yards or onto streets and leave filth there. The law, through council officers, will have to visit those who will prove to be careless in that area.
People should be fully sensitised so that they become vigilant and, where necessary, conduct citizen’s arrest on those found breaking the law.
All of us are important stakeholders in the fight against rubbish on our land. So, let us abide by the law and do the right thing at all times. Only then shall we live in harmony with the environment. We should be healthy so that we positively contribute towards the development of the country.