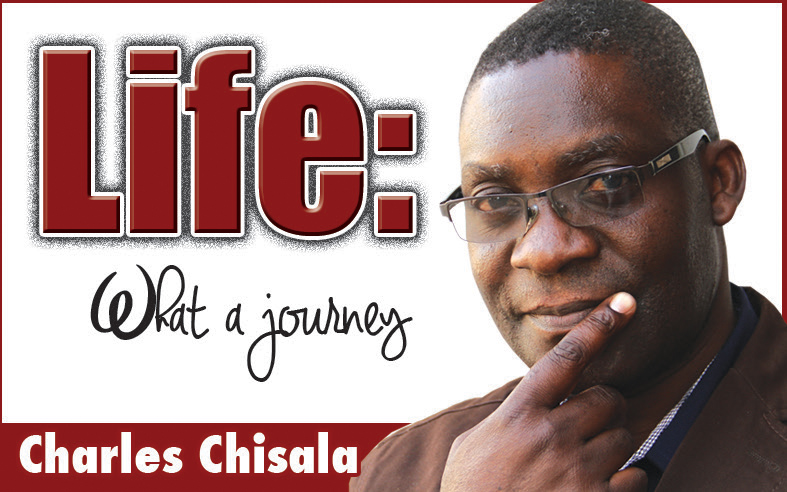 Life: What a journey – CHARLES CHISALA
WEDNESDAY, August 16, 2017 is no ordinary day on Zambia’s political calendar. It is a red letter day which will go down in the annals of the country’s history.

Is it not on this day United Party for National Development (UPND) president Hakainde Hichilema and five of his supporters were released by the Lusaka High Court after the State entered a nolle prosequi (stopped prosecution) in the case in which they were charged with treason?
Apparently, the grassroots had been keenly following the case from the day Mr Hichilema is alleged to have committed the offence in Mongu last April.
While he was in incarceration Catholic bishops, former Nigerian president Olusegun Obasanjo and Commonwealth secretary general Patricia Scott had both shuttled between the fearsome Mukobeka Maximum Security Facility in Kabwe and State House in Lusaka to secure his release and beat a path of reconciliation with President Lungu.
As I walked on Cairo road in Lusaka after doing some business at Stanbic Bank Main Branch my ears were flapping to catch every little talk about the case.
Thanks to social media and radio stations the news was already in the public domain.
While I ambled along between the Bank of Zambia headquarters and Shoprite store I found street hawkers and vendors boisterously analysing what might have really happened and the implication.
I will refer to them as ‘street lawyers’.
Of course, most of what they were saying exposed frightening ignorance, but you can forgive them.
One hawker peddling new and second-hand shoes, some of which hang from his neck, was ‘on the floor’.
“Ati bamucosa munyamata [I hear they have released the gentleman]. Koma ankalamo mujele ayi, fo manshi [he has really stayed in jail, for four months]!”
A vendor sitting behind his assorted merchandise said, “I am sure he is happy kuti mulandu wacoka washautu, ndiwakaele manje [he has been acquitted, he’s a free man now].”
But the hawker quickly corrected him.
“They haven’t been acquitted naimwe bakaamba. According to the news the State has just withdrawn the case because it does not desire to continue. They can be arrested again any time,” he explained with exaggerated authority.
A second vendor chipped in, “But the fact that the State has withdrawn the case means that they did not commit treason. It has no evidence.”
Another vendor did not agree with him.
“Bakaamba, kanshi tamwaishiba lo [big man, I realise that you don’t understand the law]. When the State enters a nolle it means the accused might have committed the offence but there isn’t enough evidence yet to proceed with the case. They are not innocent,” he argued.
He explained that in fact the Director of Public Prosecutions (DPP) must have discontinued the case after Mr Hichilema accepted President Lungu’s demand for the former to concede defeat and recognise him as the President.
“Afwile alisumina pa lasti ati Ba Lungu eba President bakaamba [he must have finally acknowledged that Mr Lungu is the President]. Otherwise ngatabamulekeleko [he might not have been released],” the street vendor postulated.
A hawker who had been following the argument without contributing chipped in, “You are right bakaamba [big man]. Afwile fye alisumina ati bamwine eba President. He was tired of living in Mukobeko prison. He’s just a human being like us.”
But another hawker challenged him to tell them where he had got the information that Mr Hichilema had finally recognised President Lungu to secure his release.
“Who told you that? Where and when did you study law for you to start misleading us?” he said, struggling to control his anger.
The calm hawker was, however, not to be cowed that easily.
He put his shoes down and rubbed his hands together, then spoke:
“Do I need to be a lawyer to understand such a simple issue iwe mukaamba [you, big man]? Didn’t you hear the President repeatedly saying he would only discuss reconciliation with HH if he [HH] accepted that he [Mr Lungu] is the President?”
But the other camp insisted that HH and the five others were innocent.
The hawker tried to ‘educate’ them that the DPP must have withdrawn the case to give politicians a chance to sort out the issues that had risen after the results of the 2016 elections we5re announced.
He said whether HH and the five others were guilty or innocent was not important, but that they had been released and Zambians were waiting for the UPND to demonstrate that it was committed to peace.
This drew support from a vendor who said: “Whatever the case bakaamba I think HH takabwekeshepo nakabili [will never again do whatever he must have done in Mongu which attracted the wrath of the police].
“I am sure he has learned his lesson after spending four months in Mukobeko, where conditions are bad enough to make even a hard-core criminal cry like an infant.”
But this attracted a sharp rebuke from a vendor.
“You must be careful what you say, boyi. You were not there. Just go and sell your shoes,” he said.
As one of the hawkers departed he shook his head and said, “You seem to be the only one who has not watched that video on social media. In other countries there would have been funerals.”
“Iwe ngwele, enda cabe [you good for nothing, just go away],” the other, angry, vendor said.
The smiling hawker obliged.
Mr Hichilema was arrested at his New Kasama home in Lusaka with Hamaleka Hamuchinde, Hachinda Muleya, Laston Mulilanduba, Pretorius Haloba and Wallace Chakawa on April 11, 2017and later charged with treason in connection with his convoy’s refusal to give way to President Lungu’s motorcade in Mongu, Western Province, during this year’s Kuomboka traditional ceremony of the Lozi people.
Zambians are eagerly awaiting Mr Hichilema’s next move. The onus seems to rest squarely on his shoulders to prove that he is indeed interested in peace or otherwise.
charles_chisala@yahoo.com