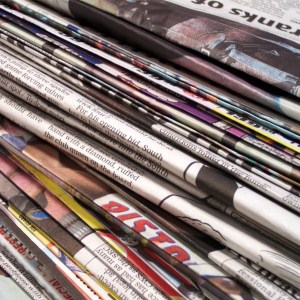 ADVERTISEMENTS of native or traditional doctor services placed in different parts of the country should be brought down because Zambia is a Christian nation which should not encourage such practices, Parliament heard recently.
Chienge Member of Parliament Given Katuka told the House that practices such as those of traditional healers should not be promoted in the country.
“Witch doctors should not be encouraged to display their banners everywhere. Wherever one goes you find witch doctors advertising their services. Zambia is Christian nation,” Hon Katuka said.
Certainly the widespread display of such adverts all over the country is a sharp contradiction of Zambia’s declaration as a Christian nation.
Actually, as things stand today, there are more posters of witch doctors than for churches.
For someone visiting the country for the first time and unaware of its Christian status, it may be easy to mistake it for a witch doctors’ hub.
The truth is that Zambia as a Christian nation should not just end at the declaration but should move a step further to ensure that laws, regulations and public practices align with the pronouncement.
Allowing witch doctors to advertise their services negates the declaration of Zambia as a Christian nation.
Some services mostly advertised by these doctors include cure for barrenness, impotence and HIV. They also claim they have the ability to bring back spouses who abandon families. They claim to have powers to help someone earn a promotion, get married or become wealthy instantly.
While witch doctors claim to have the cure for all diseases, in most cases the concoctions administered to their clients are medically untested to ascertain if they are safe for consumption. This is a huge health risk members of the public are exposed to.
Above all, many fraudsters have emerged in the name of witch doctors swindling members of the public out of their hard-earned income.
This is why in Uganda the practice of advertising witch doctor services is illegal.
Uganda has taken this matter seriously and in March this year, the Uganda Communication Commission (UCC) suspended licences for 23 radio stations over what was termed promotion of witchcraft content.
According to UCC spokesperson Pamela Ankunda, the action was taken after the radio stations were found promoting and advertising witchcraft, aiding and abetting electronic fraud.
Certainly many people have been duped out of their hard-earned money by these doctors who never delivered on their promises.
In Malawi, a landmark ruling by the High Court banned traditional healers from operating in the country to curb the attacks of albinos.
The ruling also banned the advertising of witch doctor services.
It is believed witch doctors are the culprits behind the killings of albinos for ritual purposes.
In Zambia, there are many cases of ritual murders, where witch doctors have been implicated.
By advertising instant wealth and promotion, witch doctors are also inculcating a culture of laziness among members of the public who end up opting for shortcuts as opposed to working hard to earn wealth or promotion.
The Ministry of National Guidance and Religious Affairs should take interest and guide the nation accordingly.
Advertising witch doctors’ services certainly entrenches values parallel to Christianity.
Littering cities with posters advertising witch doctor services is also a negation on Zambia’s ‘Make Zambia Clean, Green and Healthy’ campaign.
The witch doctors stick posters everywhere and anywhere – on trees, power poles and walls, among other spots, without any consideration of the impact on the environment.
The posters are indisputably an eyesore to the beauty of the cities and the country as a whole.
Witch doctors also produce flyers distributed to motorists and members of the public on the streets. These end up littering the environment.
The Ministry of Local Government needs to swing into action to pull down all posters advertising witch doctor services.
Government should also consider a ban on witch doctor adverts, both electronic and print, to safeguard the lives of Zambians.
We cannot be so careless to allow anything in our country.
We need to guard and preserve the dignity and morality which comes with Zambia’s declaration as a Christian nation.

Corporates must do better