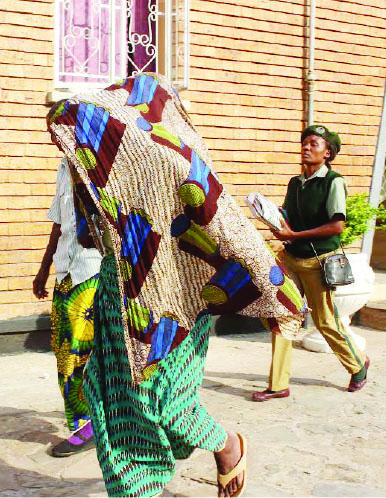 SPEAK OUT ON VIOLENCe with DORIS KASOTE
WHY do people get so excited when they are in a mob?Â  They do not realise that some actions done because of mob justice wind up in some being punished while others are jailed for life or even sentenced to death.
The public should learn to use civil means to iron out differences instead of taking the law into their own hands.
The victim of mob justice finds himself being kicked, beaten and even whipped by those meting out the â€˜punishmentâ€™.
Despite some offenders being jailed, it is sad that lessons are not learnt of the consequences of taking the law into oneâ€™s own hands.
Only last year, six people armed with machettes and axes killed former Patriotic Front (PF) Wusakile member of Parliament Barnabas Chella.
Mr Chella was axed to death over his property.Â  The six, were squatters at his farm in Kitweâ€™s Mfubu ranch.
It is sad that Mr Chella was killed over something that rightfully belonged to him.Â  I am certain that for Mr Chella to have destroyed kilns and huts built by the squatters, he had talked about them leaving his premises but to no avail.
Clearly, the squatters had a grudge against Mr Chella and wanted revenge. They even planned his death and none of them disassociated themselves from the act of axing Mr Chella or did anything to stop it.
The convicted persons were initially seven but one died while in prison.Â  Among them is a 65-year-old woman who should have been the least I expected to participate in such violent acts.
I imagine this woman, Joyce Mwansa is a mother or even a grandmother who should have been giving guidance on how to be civil in society, instead she chose to pick a weapon and kill Mr Chella.
Others that Mwansa has been sentenced to death with by the Kitwe High Court are Frederick Mulusa, Eric Mendulo, Samson Chisala and Derrick Kalunga.
Judge-in-Charge Catherine Makungu found that all the accused persons knew that their act would cause death or grievous bodily harm to Mr Chella because they were armed and aggressive.
The court found the six guilty of murdering Mr Chella and were sentenced to death.
Mr Chellaâ€™s widow, Mary, was pleased that justice had prevailed though her dear husband is irreplaceable.Â  On that fateful day, she lost a friend and a husband.
I agree with her that sending the six people to jail should be a reminder on the importance of respecting other peopleâ€™s property.
Regardless of the court having sentenced these people to death, time and time again, we read about fights over land where people hack each other with all sorts of weapons to be in possession of some piece of land.
Sometimes, like in the case of Mr Chella, perpetrators even ignore the rightful owner of the land as though once they cause harm or kill him, the land will automatically belong to them.
I am sure as these people who killed Mr Chella are behind bars, they regret every minute of their involvement in killing an innocent man.
Mob justice does not pay, letâ€™s not get excited and take the law into our own hands.
Until next week:
Letâ€™s keep in touch:
dkasote@daily-mail.co.zm

What should I do?
Children mourn for Sata