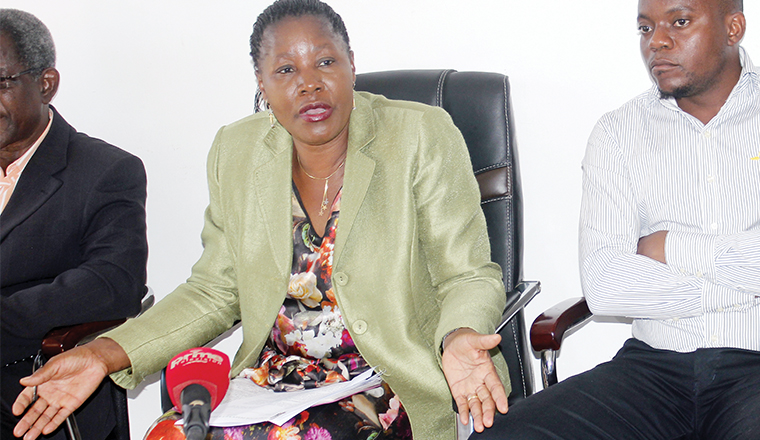 STEVEN MVULA – Lusaka
PATRIOTIC Front (PF) Lusaka district information and publicity secretary Mwenya Matafwali has condemned Forum for Democracy and Development (FDD) president Edith Nawakwi for her incessant attacks on President Lungu.
â€œRefrain from insulting our President who was democratically elected. Rather, concentrate on what you know best,â€ Mr Matafwali said in a statement yesterday.
â€œWhere is she getting the audacity to insult the elected President? We as Lusaka district are burning with anger by her outrageous behaviour towards President Lungu,â€ he said.
Ms Nawakwi has of late been quoted in some sections of the media questioning President Lunguâ€™s style of governance.
Meanwhile, Mr Matafwali has come to the defence of PF secretary general Davis Chama, saying he has been doing a tremendous job in building and growing the ruling party.
Mr Matafwaliâ€™s comments come in the wake of reports that some PF members want to oust Mr Chama from the position of secretary general.
â€œFirstly, Mr Chama made sure that President Lungu won the presidency without resources. Secondly, Mr Chama brought
discipline in the party and accounted for party property and he is a man who believes in democracy,â€ he said.
And Lusaka Province PF youth chairperson Kennedy Kamba said it is too early to start calling for the removal of Mr Chama from his position.
He was speaking in an interview yesterday.
â€œWe know the people behind this scheme to hound out Mr Chama, but we shall not allow that. We want continuity,â€ Mr Kamba said.