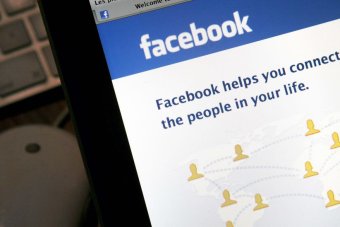 CIVIL servants are guided by rules and procedures as they carry out their day-to-day responsibilities.

As they serve the government of the day, they are expected to adopt ethical practices that should enable them to effectively and efficiently provide services to the public.
What is required of them, at all times, is a high level of professionalism in the delivery of services, policies and programmes regardless of the political party in power. Actually, they are responsible for public interest in maintaining the law and ensuring that proper procedures in all their activities are followed.
Therefore, it is strange that the same people who should impartially, courteously, professionally and effectively implement government policies have now turned to social media to attack Government. We believe they are fully aware of the procedures to follow whenever they are aggrieved by anything or anyone in their line of duty.
On Wednesday, Civil Service Commission chairperson Dickson Chasaya warned civil service employees against flouting government regulations, illustrating that government business is like a marriage, whose issues cannot be openly discussed anyhow with anyone. This was an apt reminder that there is a code of ethics and an obligation on the part of civil servants to uphold the oath of secrecy.
Through government ministries, departments and agencies in which they do their work, these people are the initiators of most programmes and projects aimed at improving the lives of members of the public. They even understand exactly which direction to go, in terms of policy implementation, for them to fully achieve the set goals.
Therefore, it is the civil service workers themselves who can cause a particular government programme to either succeed or fail. If a programme fails, it means they are part of the failure.
So, instead of disparaging Government on social media, perhaps with the aim of making it unpopular so that people can be complaining and start blaming the President and his Cabinet, they should simply make amends and do what they think Government is not doing.
Discussing government business on Facebook, WhatsApp or any other media can never solve any problem. In fact, the time that they are on social media during working hours is just wasted, as they are supposed to engage in productive work and offer their services to the nation.
For a long time now, people have been complaining about poor attitude towards work among civil service employees. Should Facebook worsen their work culture? Should Government’s laws and policies suffer just because the implementers have decided to deliberately exhibit a lax attitude to service delivery?
It is true that citizens should enjoy freedom of expression. But that freedom comes with responsibilities. Like any other person in society, a civil servant is free to have a social life and interact with others on various forums, including social media. But they should be responsible enough to know that certain matters belong to specific jurisdictions.
Mr Chasaya said: “You can sing any song in your private life except the government song. Government issues are delicate…”
We couldn’t agree more! Because they have been warned that punishment will surely be meted out to erring public service servants who abuse social media to attack Government, it is now up to them to strictly guard their integrity. They should adhere to rules and regulations that are aimed at guiding their conduct while they carry out their duties and contribute positively towards Zambia’s socio-economic development.

Tagsboundaries media Stick to your social