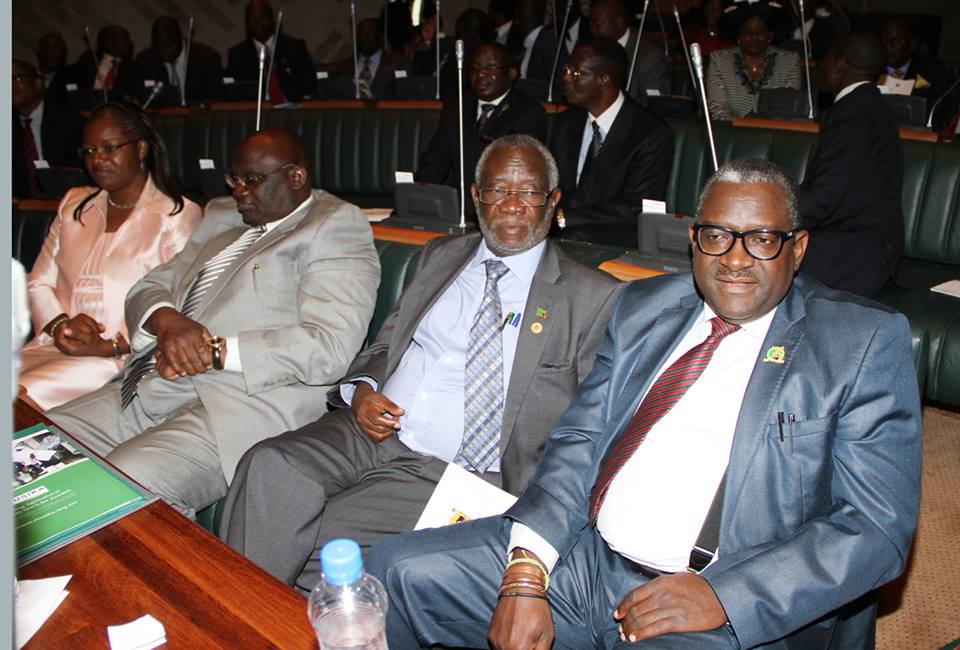 By ANGELA CHISHIMBA
GOVERNMENT has invested a total of K108.5 million to upgrade 27 storage sheds with a total storage capacity of 117,000 metric tonnes.
President Sata said eight of these sheds have been completed while 19 would be completed by the end of this year.
Mr Sata also disclosed that the country achieved a maize harvest of 3.4 million metric tonnes.
â€œWith this achievement, the challenge is to ensure that no crop goes to waste. I congratulate the Food Reserve Agency for buying the targeted 500,000 metric tonnes for the national strategic food reserve in record time,â€ he said.
Mr Sata was speaking when he officially opened the fourth session of eleventh national assembly in Lusaka yesterday.
â€œAgriculture remains a key driver of economic growth and poverty reduction. Governmentâ€™s strategic focus in the agriculture sector is to achieve food security, promote crop diversification and increase productivity and value addition,â€ Mr Sata said.
The President also directed the Minister of Agriculture and Livestock Wylbur Simusa to operationalise the agricultural credits Act of 2010 to improve agricultural trade and finance in the sector.
In a bid to diversify from maize production, Government is promoting increased cultivation of other high value crops namely groundnuts, sorghum and rice through the input support programme.
Government has increased the number of beneficiaries under the farmer input support programme from 900,000 in the previous two farming seasons to 1,000,000 in the 2014/2015 farming season.
â€œThe long-term objective is to wean off these vulnerable but viable farmers so that they can become self-sustaining,â€ President Sata said.
Mr Sata said Government would scale up the conservation agriculture programme targeting 600,000 small-scale farmers by 2016.
Under the irrigation programme for small and medium scale farmers, an additional 7,000 hectares have been added bringing the total to 11,500 hectares.
Mr Sata said to combat livestock diseases; Government has embarked on construction of 175 dip-tanks and rehabilitation of 324 throughout the country.
Through Statutory Instrument number 24 of 2014, vaccination of animals against disease is now compulsory.
And President Sata said in the tourism sector, Governmentâ€™s focus is developing infrastructure by making roads and airports accessible.
â€œThe tourism sector, while holding great potential for job creation and poverty reduction, is characterised by low tourist arrivals and low average length of stay, as well as under developed domestic tourism,â€ Mr Sata said.