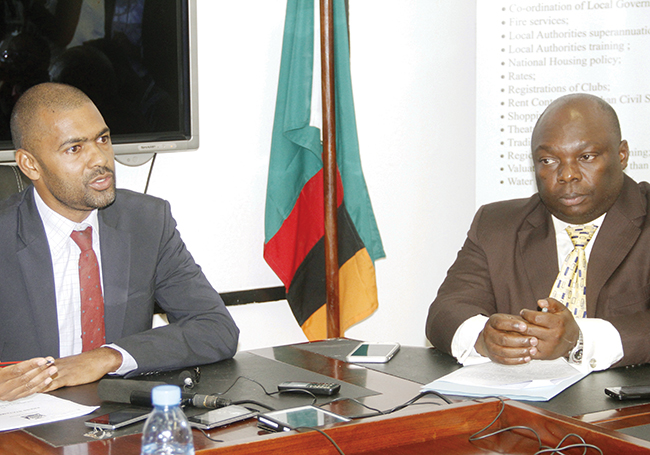 NANCY MWAPE, Livingstone
MINISTER of Local Government Vincent Mwale will soon amend the grain levy so that statutory bodies such as the Food Reserve Agency (FRA) that transact in maize can also start paying the levy.

Ministry of Local Government permanent secretary Amos Malupenga said his ministry is currently working with the Ministry of Justice to expedite the process of making amendments to the grain levy.
Mr Malupenga said this in Livingstone yesterday in response to concerns from councils which sought Government’s intervention in the collection of grain levy from FRA which has reportedly refused to pay despite the ban on grain levy having been lifted.
He said FRA has been disputing paying the grain levy on grounds that it is a strategic institution for national food security.
“They argue that they hold maize stocks for that purpose and not for commercial use. However, councils contend that FRA exports maize and also trades with millers, hence they also need to pay the levy,” he said.
Meanwhile, Government has procured 42 fire tenders from Spain which are expected in the country by June this year.
Mr Malupenga said his ministry has engaged local authorities over the provision of fire and rescue services and they are already being supported.
He said his ministry has already declared local authorities as fire authorities through a circular and is in the process of issuing a statutory instrument to support the declaration.
“The ministry plans to build a modern fire and rescue services training school in Kabwe and 11 provincial fire stations in 2018,” he said.
Mr Malupenga said the procurement process is at evaluation stage and that the construction of provincial fire stations will be completed with 15 houses for fire fighters.