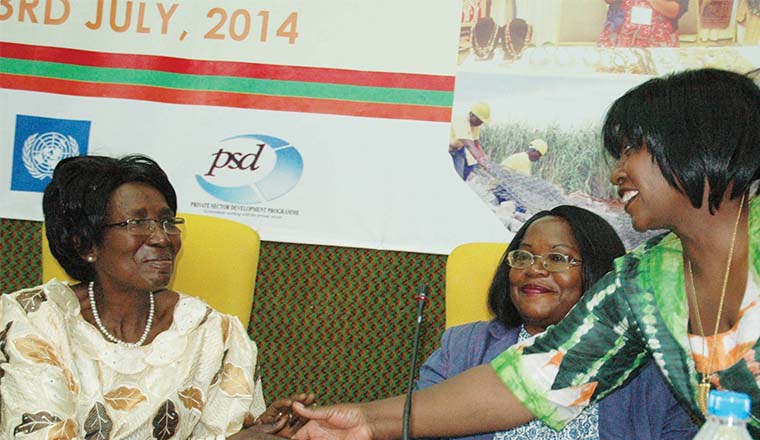 ESTHER MSETEKA, Lusaka
GOVERNMENT has commended the Zambia National Farmersâ€™ Union (ZNFU) for introducing an innovative fund which seeks to economically empower women entrepreneurs in the country.
Minister of Gender and Child Development Inonge Wina said it is encouraging to witness stakeholders like ZNFU complimenting Government efforts in narrowing the inequalities that exist between women and men engaged in farming.
Ms Wina said at the third women farmersâ€™ forum which coincides with the international day of the rural woman in Lusaka yesterday that inadequate funding has been a major challenge to the establishment of income generating initiatives among women, especially the rural women farmers.
â€œThis yearâ€™s sub theme â€œWomen Drivers of Change in Agricultureâ€ clearly states the need to recognise the role being played by women in agriculture and need to support them so as to enhance their agriculture productivity, household food, nutrition security and increased incomes thereby achieve sustainable development,â€ she said.