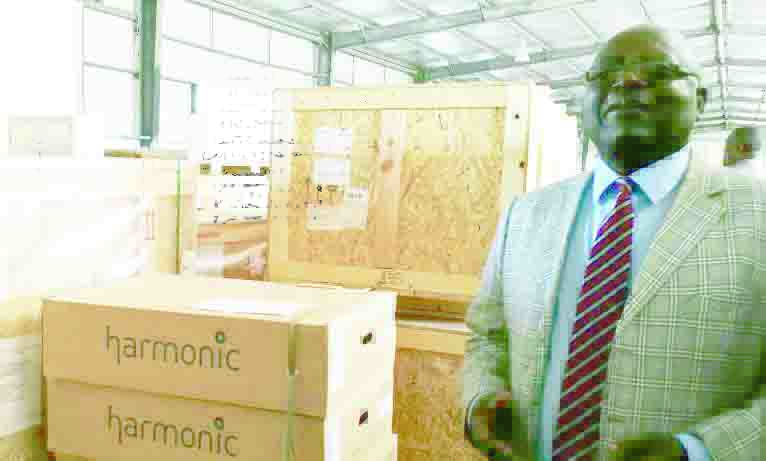 Ministry of Information and Broadcasting Services permanent secretary Godfrey Malama has commended Star Software Technology, a Chinese contractor, for its commitment to implementing the digital migration project.
Mr Malama said this yesterday after inspecting the equipment housed at Lusaka East Multi-Facility Economic Zone.
The equipment will be installed in 36 sites in Kasama, Solwezi, Mansa, Mongu, Chipata and Livingstone.
“Nothing best exemplifies the seriousness of the contractor that we have engaged to undertake the digital migration project,” Mr Malama said.
He said installations at five main sites have already started while the mounting of towers, generators and other equipment in various sites is underway.
“Star Software Technology is distributing equipment to their destinations as they arrive from China while the other consignment of equipment will be shipped into the country in August this year,” Mr Malama said.
Mr Malama, who was accompanied by Zambia National Broadcasting Corporation (ZNBC) director-general Richard Mwanza and his director for press and media development Isaac Chipampe, said the digital migration programme is one of the major projects government is currently implementing in the country.
And Mr Mwanza said digital migration is a good platform for Zambians to easily establish television stations.
He said once the digital migration programme is fully implemented, ZNBC hopes to have over 100 channels on its TopStar set top box.
Mr Mwanza called on Zambians to buy the set top boxes in readiness for the switch-over as the analogue signal will be switched off once the digital migration project is completed.