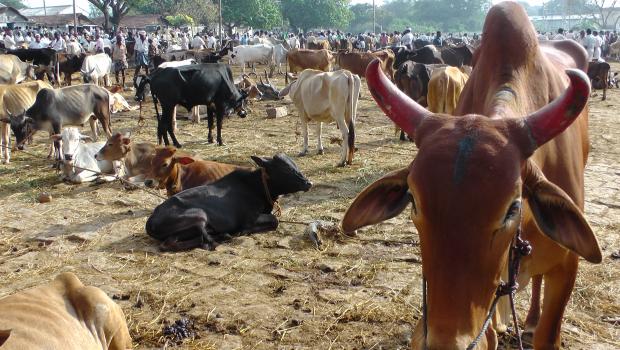 NKOMBO KACHEMBA, Kitwe
GOVERNMENT has released K2 million to the Ministry of Livestock and Fisheries for cattle restocking exercise to enhance the growth of the

livestock sector.
Minister of Livestock and Fisheries Michael Katambo said in an interview yesterday that Government has released K2 million out of the K5 million allocated in the 2017 budget for cattle restocking exercise.
Mr Katambo said of the K2 million released for the programme, K500,000 will be disbursed to Luapula Province, while Western Province will get K250,000 and Rufunsa district in Lusaka Province will get K500,000.
“The stocking and restocking exercise of cattle in various cattle ranches in the country is very much on-going. We have just received K2 million from the treasury for the exercise,” he said.
Mr Katambo said Government wants to ensure it invests in cattle restocking exercise for the nation to become a major exporter of cattle and beef products in the region.
He said the livestock sector, if properly harnessed, has the potential to contribute immensely to the growth of the country’s economy.
Mr Katambo said Government is also stocking and restocking goats and chickens, with support from the International Fund for Agriculture Development (IFAD), to improve the well-being of the people, especially in rural areas.
And Mr Katambo said Government is working tirelessly to ensure the dip tanks under construction in various parts of the country are completed.
He said some of the works on the dip tanks have been completed and what is remaining is the water reticulation system.