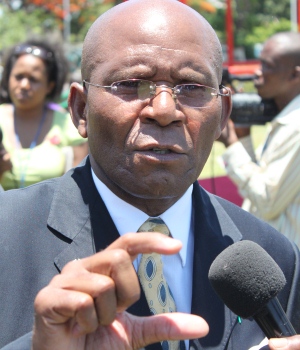 ESTHER MSETEKA, Lusaka
GOVERNMENT intends to put in place legislation that supports the use of moveable assets as collateral to boost the growth of entrepreneurship in the country.
Minister of Commerce, Trade and Industry Robert Sichinga said Government is also facilitating capacity building to enable entrepreneurs develop proposals into bankable projects which can be used to access finance.
Mr Sichinga said this during the official opening of the 2014 Global Entrepreneurship Week (GEW) activities yesterday in a speech read for him by Ministry of Commerce, Trade and Industry acting permanent secretary Cathy Mkala.
He said movable assets include items that are not necessarily part of the building itself, are important to use as collateral in accessing financial capital especially by micro, small and medium-scaleÂ  entrepreneurs.
â€œEntrepreneurs are important partners in poverty reduction in support of such enterprises; the government has continued to create an enabling environment aimed at reducing the cost of doing business in Zambia.
â€œOther measures include promoting programmes such as business linkages through tailor-made training and providing opportunities for access to markets and finance,â€ he said.
Mr Sichinga said the Government is determined to protect Zambians from being job-seekers to becoming job-creators through entrepreneurship.
The theme for this yearâ€™s entrepreneurship week is dubbed â€œUnleashing ideas with the aim of promoting the culture of entrepreneurship among citizensâ€.
He said the private enterprises are an important element in promoting the productivity of new goods for both local and exports markets.