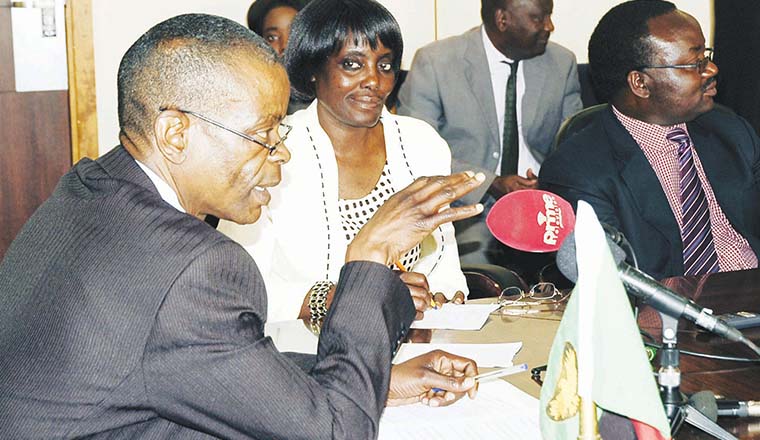 ALVIN CHIINGA, Lusaka
MINISTER of Information and Broadcasting Services Joseph Katema yesterday told parliament that government regrets the incident at Zambia National Broadcasting Corporation (ZNBC), where senior Patriotic Front (PF) and government officials last week allegedly harassed newsroom staff.
Dr Katema said that the incident where some PF and government officials went to ZNBC on November 23 and allegedly ordered that certain stories be dropped is unfortunate.
â€œThe incident, Mr Speaker, is unfortunate and inconsistent with governmentâ€™s hands-off policy on the media,â€ he said.
Dr Katema commended the ZNBC board for publicly bringing the incident to light, adding that the action in itself confirms the fact that ZNBC and the media fraternity as a whole are free from Government control.
The ministerial statement was made following a concern raised by Kasempa member of Parliament (MP) Kabinga Mpande on the harassment and ordering of newsroom staff to drop certain stories from the news bulletin.
Dr Katema also said ZNBC, under ZNBC Amendment ACT of 2010, empowers the corporation to provide varied and balanced programming for all sections of the population and serve public interest.
He said that there are many avenues for people aggrieved to pursue, and going to the newsroom to instruct editors to drop a story is not one of them.
Dr Katema also said the media should maintain the highest level of professionalism by ensuring that professional obligations such as accuracy, objectivity and balance are non-negotiable.
He said the media should desist from single sourcing to ensure that all sides of the story are heard, especially now as political actors compete for leadership of the country.
On Ministry of Information and Broadcasting Services permanent secretary Chanda Kasolo reportedly castigating ZNBC board chairperson John Mulwila, Mr Katema said the matter will be dealt with administratively.
He was responding to Kasempa member of Parliament (MP) Kabinga Mpande who rose on a point of order demanding to know what the minister will do to protect staff at ZNBC and the media from such incidences.